Actress Aishwarya Rai Bachchan is currently staying in Dubai owing to her international events. Recently, she attended the panel discussion at Expo 2020 Dubai, and spoke about taking a stand against various types of harassment faced by women and marginalised persons around the world. 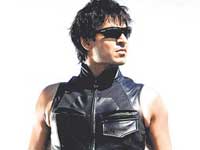 Post attending the event, Aishwarya was seen exploring Dubai and guess what? She bumped into Pakistani actress Sadia Khan who made sure to click a selfie with the Hum Dil De Chuke Sanam actress. Impressed by Aishwarya's humbleness, Sadia praised her on her Instagram page and wrote, "Just bumped into the most prettiest 💞and humbled lady on this earth #aishwariyarai."

She further wrote, "P.S I glanced down on my feet for a second when she said God bless you, you are beautiful 🙈. Hayeeee now I know I am Beautiful 😆."

In the picture, Aishwarya is seen donning a pink jacket while leaving her hair open and we must say that she's looking gorgeous!

Coming back to Aishwarya's presence at Expo 2020 Dubai, she raised her voice against street harassment and said, "According to the statistics made available to me, 80 per cent of women around the world have been harassed at least once in a public place, and 86 per cent of bystanders have no idea of what to do. However, 79 per cent (of the women) say the situation improved when a bystander intervened. Sadly, only 25 per cent of victims say someone helped."

Controversial Pictures Of Aishwarya Rai & Vivek Oberoi Which They Don't Want You To See! Photos

She further said, "To all the mothers out there...we simply cannot accept raising our daughters in a world where people witness this unacceptable behaviour and look away because they don't know what to do."

With respect to work, Aishwarya will next be seen in Mani Ratnam's Ponniyin Selvan.