Megastar Ajay Devgn remembered his late father Veeru Devgan on the occasion of Guru Purnima today (July 24). The actor shared a throwback picture with his father on his social media handle. He also penned a heartfelt post for him along with the same.

Sharing the picture with his father, Ajay Devgn captioned the same stating, "Saluting my father (Veeru Devgn), my Guru, on this auspicious day. I was fortunate to get my life and career lessons from him. A valued gift that I carry with me like a badge of honour." Take a look at the post.

Earlier, Ajay Devgn had also shared a tribute for his father on the occasion of his birth anniversary on June 25. The Hum Dil De Chuke Sanam actor had shared a black and white throwback picture with Veeru Devgan. He had captioned the same stating, "I miss you every day. More so today. Happy birthday Papa. Life hasn't been the same since" along with a prayer emoji. Take a look at the post shared by him.

Veeru Devgan had passed away on May 27, 2019, after suffering a cardiac arrest. He was one of the most renowned action directors and filmmakers in the industry. He had worked as an action director in many popular movies like Kranti, Mr Natwarlal, Roti Kapda Aur Makaan, Phool Aur Kante, Jigar, Prem Rog and Ram Teri Ganga Maili. As a filmmaker, he had directed the 1999 movie Hindustan Ki Kasam. The film had starred his son Ajay Devgn, Amitabh Bachchan, Manisha Koirala and Sushmita Sen in the lead roles. 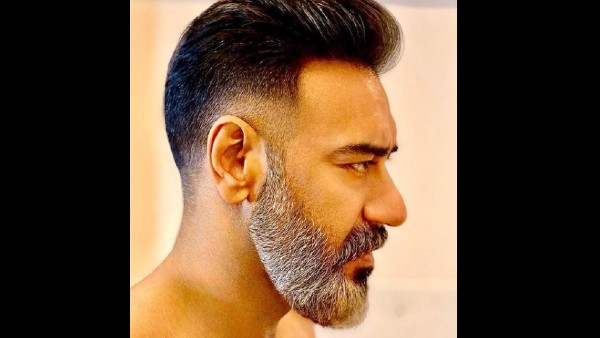 Meanwhile, on the work front, Ajay Devgn has many other interesting projects in the pipeline. The actor will be seen in films like Bhuj: The Pride Of India, Maidaan, Mayday, Chanakya, Thank God and the Hindi remake of Kaithi. He will also be seen in cameo roles in Sooryavanshi, RRR and Gangubai Kathiawadi. Apart from that, the megastar will be collaborating with acclaimed producer Dil Raju for the Hindi remake of the 2021 Telugu hit Naandhi. The movie will be bankrolled by the De De Pyaar De actor along with V. Venkata Ramanareddy (Dil Raju Productions), Kuldeep Rathore and Parag Desai (Mumbai Talkeez).