As Suniel Shetty's son Ahan Shetty unveils the first look poster of his debut film Tadap, many B-town celebrities including Akshay Kumar and Ajay Devgn welcomed Ahan to the film industry with open arms. For the unversed, Ahan has made his Bollywood debut with Milan Luthria's Tadap, which also casts Tara Sutaria in the lead role. The film is bankrolled by none other than Sajid Nadiadwala.

Big day for you Ahan...I still remember seeing your father, @SunielVShetty’s first film, Balwaan’s poster and today I’m presenting yours.... so happy and proud to share the poster of #SajidNadiadwala‘s #Tadap *ing #AhanShetty and @TaraSutaria, releasing in cinemas on 24th Sept! pic.twitter.com/UQZWV7i4Pm

Ajay Devgn, who's equally overwhelmed to welcome Suniel Shetty's son to the film industry, tweeted, "This is Emotional. Ahan has grown up so quickly! Heartiest congratulations to @SunielVShetty for #AhanShetty's first film. Happy that he's in the capable hands of Sajid Nadiadwala & Milan Luthria. Watch #SajidNadiadwala's #Tadap on 24th September in cinemas."

Genelia Deshmukh also gave a shout-out to Ahan's Tadap poster and tweeted, "Ohhhh my Goddd. Our little one is out there #AhanShetty. All our love to you.. This looks spectacular. Anna @SunielVShetty this looks amazing .. So so proud." 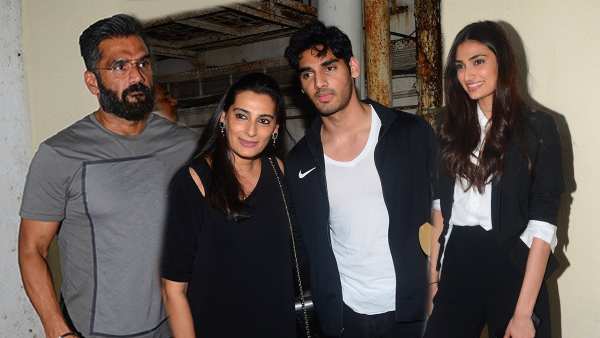 It's pretty visible that Ahan's journey started in the film industry on a sweet note. It is yet to be seen if the audience will accept Ahan as lovingly as B-town celebrities. Well, only time will tell.

Meanwhile, ever since actor Sushant Singh Rajput breathed his last, netizens are hell-bent on banning or boycotting star kids' films. Considering the controversies and chaos around star kids, Ahan really need to impress the audiences with his talent. 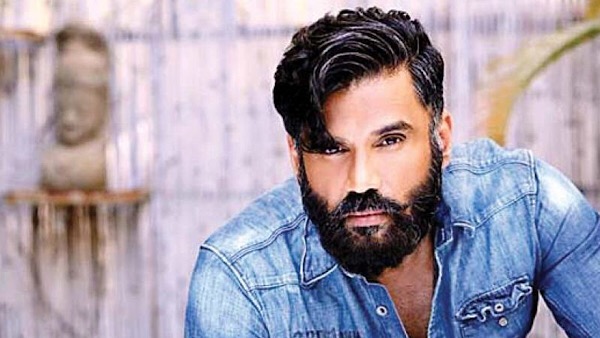 ALSO READ: Suniel Shetty Says It Upsets Him When His Children Get Dragged Into Nepotism Debate