After wrapping up the shooting of Dhanush-Sara Ali Khan's Atrangi Re, Akshay Kumar has jumped onto his next project. We are talking about Abhishek Sharma's much awaited film Ram Setu which also stars Jacqueline Fernandez and Nushrratt Bharuccha in prominent roles. Akshay Kumar has kickstarted the film's shooting today (March 30, 2021) in Ayodhya.

The Kesari actor posted this news on his Instagram page and also asked fans to share their feedback on his new look for the film. The actor will be essaying the role of an archaeologist in Ram Setu.

Akshay wrote, "The journey of making one of the most special films for me begins today. #RamSetu shooting begins! Playing an archaeologist in the film. Would love to hear your thoughts on the look? It always matters to me🙏🏻."

Earlier, director Abhishek Sharma had spilled the beans about Akshay's role in the film and said, "Akshay sir plays an archaeologist and his look and character is inspired by several Indian and international professional archaeologists who work in the field. In terms of both look and character, Akshay sir's fans are in for a totally new avatar of his."

The filmmaker had revealed that the idea for this Akshay Kumar starrer germinated from a news article about a court case related to the issues faced by project to build a shipping canal in the shallow straits between India and Sri Lanka. On the other hand, while speaking with a tabloid, Akshay had called the film "a bridge between generations past, present and future."

Akshay Kumar's Ram Setu will be filmed across multiple schedules over the next few months. Reportedly, 80% of the film will be shot in Mumbai.

ALSO READ: Atrangi Re: Akshay Kumar Wraps Up The Last Schedule, Says He Can't Wait For Audiences To Experience The Magic 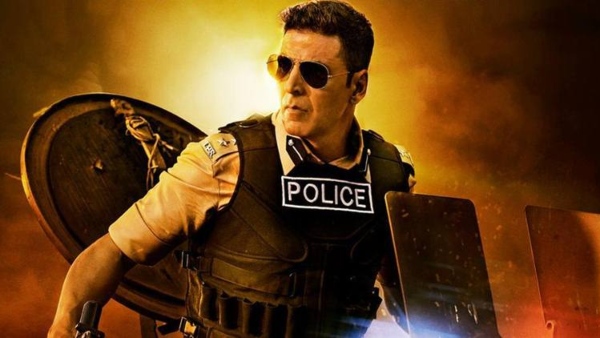 ALSO READ: Akshay Kumar's Sooryavanshi: Netflix Bags The Streaming Rights; To Get An OTT Release On This Date!