Salman Khan-Aayush Sharma starrer Antim has been in the news since it went on floors in Pune in November last year. The film Salman playing a Sikh cop who is in hot pursuit of Aayush's gangster character. Earlier, a teaser of Antim was unveiled which had raised everyone's anticipation.

Amid this, while the makers are tight-lipped about the film's leading lady, the latest buzz suggests that they have roped in South actress Pragya Jaisal to play Salman Khan's love interest in the film.

A source close to the development told Pinkvilla, "She has been shooting silently for the last few days with the entire team of Antim and was also a part of the Mahabaleshwar schedule. She plays' Salman's lady love and the two will also have a romantic song in the film."

Pragya Jaiswal is a popular name down the south, and the actress is best known for her role in Krish's period drama Kanche.

Earlier, there were rumours about Avika Gor and Saiee Manjrekar being considered for the film. However, director Mahesh Manjrekar had clarified while speaking with a leading tabloid, "Avika was never signed for Antim: The Final Truth. At least 20 girls were tested for that role and I had to choose only one who would fit the bill perfectly. Mahima suited the best. Saiee is not in the film. The second girl in the film will soon be announced."

Antim is a remake of the Marathi film Mulshi Pattern. 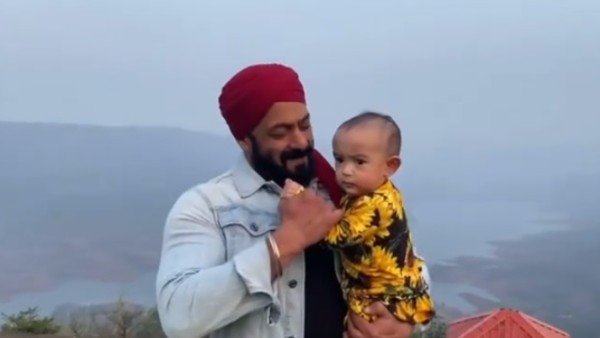