It is not a hidden fact that actor Arjun Kapoor shares an extremely close bond with his sister Anshula Kapoor. His latest gesture for her was especially heartwarming as he dedicated his new tattoo to his sister. Arjun took to his social media handle to share the beautiful video.

The video has Arjun Kapoor getting a tattoo on his wrist. The Sandeep Aur Pinky Faraar actor inked the letter 'A' that is the starting alphabet of both his and his sister's name. Apart from that, he got the 'Ace Of Space' symbol inked below the letter A. He captioned the same stating, "She is the Ace up my sleeve @anshulakapoor & I, intertwined forever in life & also by the letter A." Anshula was also quick to comment on the post stating, "Love you' along with a red heart and an infinity emoji. Take a look at the video.

Celebrities like Ayushmann Khurrana and Tiger Shroff also poured in some love to the post. For the unversed, Arjun Kapoor also has two other tattoos on his hands. The Ki And Ka actor had earlier gotten a tattoo written 'Maa' at his right wrist that was dedicated to his late mother Mona Shourie Kapoor. He also has the Latin phrase 'Per Ardua Ad Astra' meaning from adversity to the stars on his arm. 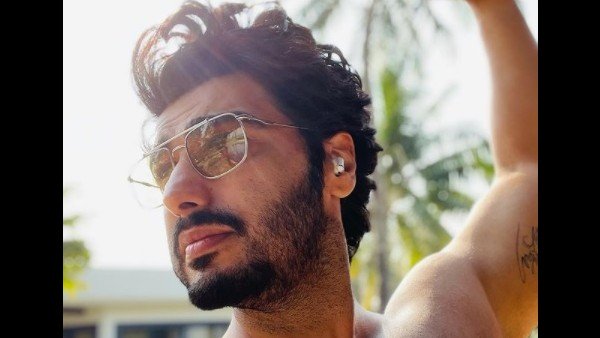 According to a news report in Hindustan Times, Arjun Kapoor revealed in a statement about the tattoo stating, "Tattoos, for me, are deeply personal. Anshula and I have gone through everything together. A is for Arjun and A is for Anshula. We are intertwined by the letter A and to each other. We have promised to look after each other and be there for each other, no matter what. Anshula is my number one human, she is the ace up my sleeve and I decided to ink her initial on my body because of that. I have to admit that this is my favourite tattoo, hands down." 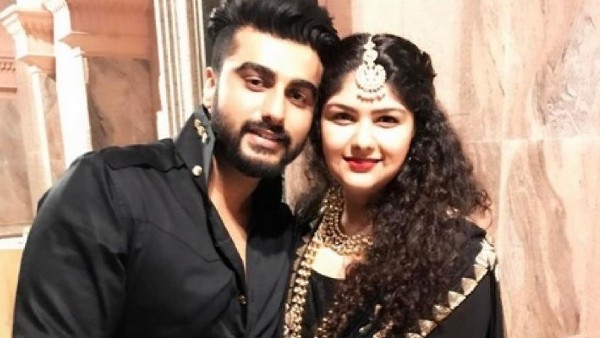 Arjun Kapoor Opens Up On How Sister Anshula Has Sacrificed A Lot; 'She Runs The House So That I Can Work'

On the work front, Arjun Kapoor will be seen in the movie Bhoot Police that will also star Saif Ali Khan, Jacqueline Fernandez, Fatima Sana Sheikh and Yami Gautam. The movie will be helmed by Pavan Kirpalani. Apart from this, he will also be seen in the Mohit Suri directorial Ek Villain Returns alongside John Abraham, Disha Patani and Tara Sutaria.