Arshad Warsi is one of the most loved comedy actors of B-town. In fact, some of his on-screen characters are so good that we just can't imagine someone else in his shoes. Do you think any other actor could nail the role of 'Circuit' from Munna Bhai MBBS as much as Arshad? In his recent tete-a-tete with a leading daily, when Arshad was asked if his comedy image ever jeopardised his career, here's what the actor said:

"I personally enjoy doing comedy, it's fun. But yes, I enjoy doing serious roles too when it comes down to them. It's not that I've not been offered, but just that I've rejected a lot. The ones I've done, did well, like Jolly LLB (2013), Ishqiya," said Arshad.

Speaking about comedy films, Arshad said that everybody likes to laugh, and he knows that he is good at it, so, he gets selected for comedy films very easily. He further added that he would like to break the monotony, and might indulge in doing serious roles more.

In the same interview, Warsi also said that he has bruised many filmmakers' egos just by saying no to their films, and owing to the same reason, he often hears loose talk about himself from the new filmmakers.

The Golmaal actor said, "I have bruised a lot of egos. It's so funny, many times I meet new directors. They hear things about me, and then happen to meet me, and their impression changes dramatically. That's when the discussion starts with them saying 'This is what I heard about you'. My answer is very simple, and that's the truth, that every time I say 'no' to a film or director, they're not going to like it or say good things about you." 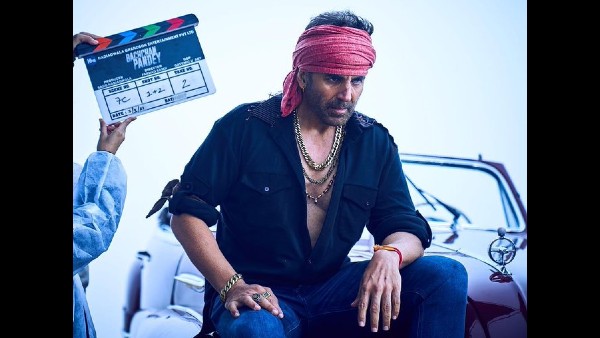 With respect to work, Arshad is currently enthralled about shooting for his upcoming film Bachchan Pandey, which also casts Akshay Kumar and Kriti Sanon in the lead roles. Currently, the entire team is in Rajashthan for the first schedule shoot of the film.

ALSO READ: Bachchan Pandey: Akshay Kumar Gets Ready For His First Shot As A Rowdy Gangster