Actor Bobby Deol's son Aryaman turned 20 today (June 16, 2021). To make him feel special on this day, the Race 3 actor shared a bunch of cute pictures which perfectly capture their equation along with a heartfelt caption.

The pictures feature the birthday boy giving a warm hug to his father. In one of them, Aryaman is seen kissing Bobby on his cheek. The latter captioned the pictures as, "Happy birthday my angel! ❤️." It's heartwarming to see the father-son duo pose happily for the lens.

Bobby Deol On Reuniting With Anil Kapoor In Ranbir Kapoor-Starrer Animal: He Is Like A Teenager

A few years ago, in an interview, Bobby had mentioned that his son is studying management and is inclined towards education. "I am proud my son loves to study and I want him to have a very broad mind to think about the profession he wants to get into," he was quoted as saying. 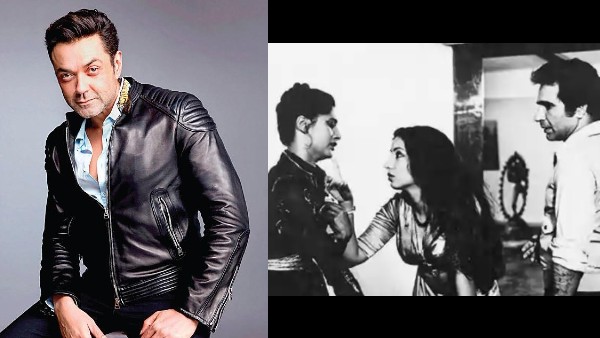 Last year, Bobby had opened up on Aryaman's Bollywood debut and had told a leading daily, "Right now he is focussed on his studies and completing his education. Today's generation has its priorities right. Later, if and when he decides to make a career in the movies, we will support and guide him appropriately."

Speaking about Bobby Deol, the actor made his comeback in Bollywood with Salman Khan's Race 3 in 2018. Last year, he was seen in the Netflix film Class of '83 and also starred in MX PLayer's web series Ashram. His upcoming projects include Penthouse and Love Hostel. Bobby will also be seen in a prominent role in Ranbir Kapoor-starrer Animal.