On February 15, actor Dia Mirza left everyone gushing with delight as the actor tied the knot with businessman Vaibhav Rekhi, in an intimate ceremony amidst her close family and friends. The wedding ceremony took place in Dia's Bandra home's garden area, and very limited guests were present on the occasion, given the current pandemic situation. The actor's wedding pictures were doing the rounds on social media and fans were awestruck by her simple yet ethereal look from the ceremony. Now, Dia's stylist Theia Tekchandaney has revealed some lovely details about the actor's wedding ceremony as well as her bridal look.


For the unversed, Dia Mirza had opted for a red Benarasi saree from Raw Mango for her wedding. Theia Tekchandaney revealed that the actor wanted a classic red look for the ceremony, thus this choice. Talking about the same with ETimes, Theia said, "Dia has a very classic sensibility and we were sure that we wanted to go for a classic red look for the wedding. So, we chose a beautiful Benarasi saree from Raw Mango and Sanjay (Garg) customised a beautiful odhani with chand tara motifs for the pheras." The stylist also revealed that the look was inspired by the time when simple and elegant clothing defined the beauty of the bride. 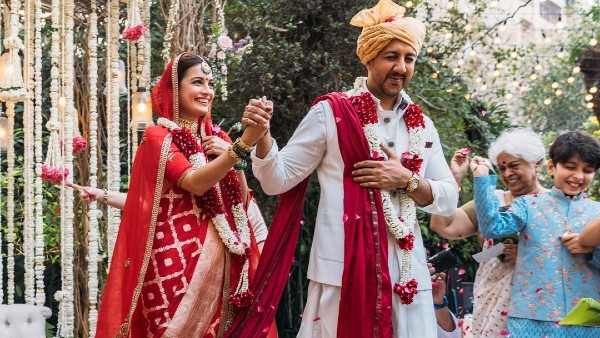 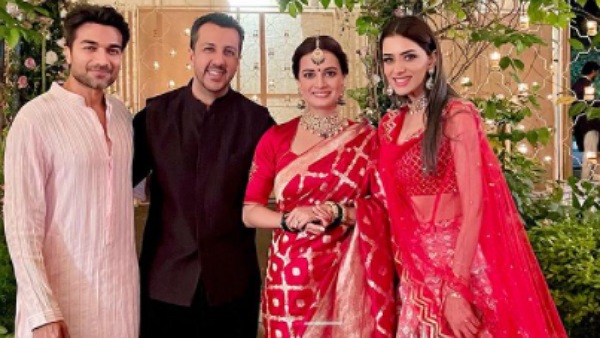 Also Read: Dia Mirza And Husband Vaibhav Rekhi Make For A Happy Couple In This Unseen Picture From Their Wedding

Furthermore, Theia Tekchandaney revealed that she wanted to make sure that Dia Mirza represented the classic Indian bride. The stylist also spoke about the actor's husband, Vaibhav Rekhi's look from the wedding. On this, she said, "Given the simplicity of the wedding itself, our focus was to keep it simple and elegant. Well, because we chose red for Dia, I felt all-white for Vaibhav would be a nice contrast. Vaibhav is also a very simple person who wanted to keep things fuss-free." Dia had taken to her social media handle to share some beautiful pictures from her wedding ceremony. Many fans and members of the film fraternity including Vaibhav's ex-wife, Sunaina congratulated the couple on this joyous occasion.