Recently, when the makers of Parineeti Chopra's upcoming film Saina unveiled the poster of the biopic on social media, a section of netizens trolled the team and pointed out the 'mistake' which the makers had made regarding a badminton serve. Some remarked that the serve looked more like a tennis serve than badminton.

The poster featured a hand reaching out for the shuttlecock which uses the word 'Saina' in place of the conventional feathers. Finally, on Wednesday (March 4, 2021), the film's director Amol Gupte broke his silence over the controversy regarding the poster in a Facebook post.

The filmmaker wrote, "Too much speculation in the digital media about the poster... "looks like a tennis serve... Saina doing a Sania" etc etc... If Saina is the flying shuttle, then clearly, the girl's hand with the National colours wristband is the hand of the Indian Girl Child aspiring to reach Saina's height!!!"

He further said it was unfortunate that he had to explain the 'high-concept' poster created by Rahul Nanda. Gupte continued in his post, "High Concept Poster by Rahul Nanda has to be unfortunately explained in detail to a quick reacting, impatient world... not stopping to think before rubbishing anything!!! Socho!!!"

Directed by Amol Gupte and bankrolled by Bhushan Kumar, Krishan Kumar, Sujay Jairaj and Rasesh Shah, Parineeti Chopra starrer Saina is a biopic on ace badminton player Saina Nehwal. The film which also stars Manav Kaul in a pivotal role, is slated to release in theatres on March 26, 2021. The much anticipated biopic will lock horns with Rana Daggubati-Pulkit Samrat starrer Haathi Mere Saathi at the box office. 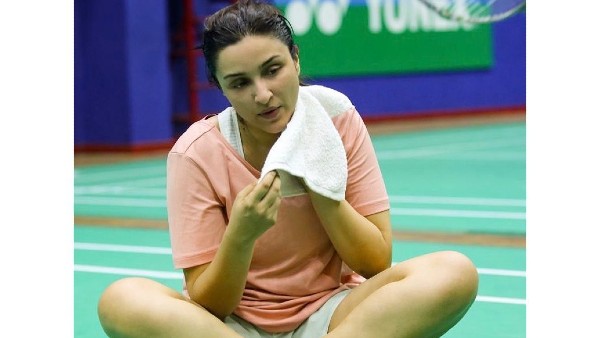 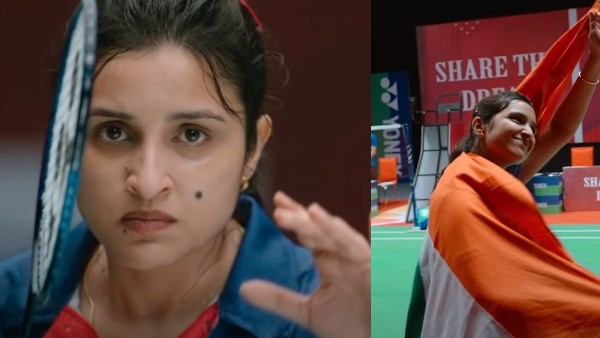