Bollywood original dream girl Hema Malini turns 73 today (October 16, 2021). Her daughter and actress Hema Malini in a recent interaction with a leading entertainment portal, spoke at length about her equation with her mother.

The Dhoom actress said that her earliest memory of her mother is of her getting ready for her shoots. "My earliest memory of Mom is of her getting ready for shooting. As a kid, it was exciting for me to watch the flurry of activity around her every morning - her hairdresser, make-up man and others busy around her. I was enamoured by the colourful lipsticks and would end up breaking them. After a point, Mom had to get me a wig of sorts and some outfits like hers to keep me from destroying her stuff," Esha told Pinkvilla. 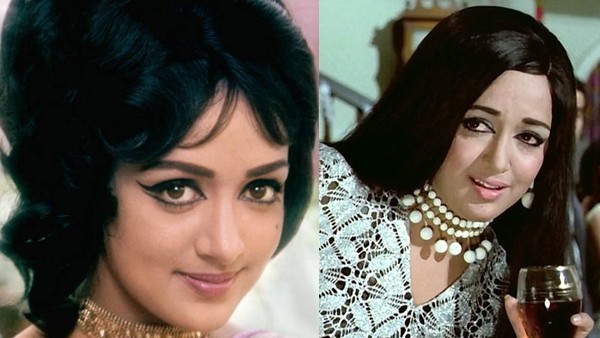 Happy Birthday Hema Malini: Her Iconic Roles Which Make Her Bollywood's One And Only 'Dream Girl'

Esha shared that she would bawl her heart out to accompany her mother on sets and give her nanny a tough time.

The actress said, "When I began attending school, it was a different scene. I had to get ready for school while she would be leaving for shooting. But I'd insist on accompanying her. I'd bawl my heart out. A tug of war would ensue with the nanny pulling me from her arms. It was a huge task for the nanny as I was a heavy kid. With the resistance I showed, the nanny would get scratched with my nails."

Esha also recalled her London trips with her mother and father and how the entire family would have a lovely time together. "Our regular trips to London during the summer vacation with Dad (veteran Dharmendra) and Mom were memorable. Mom would cook and we girls would do the dishes. We have also been on adventurous trips to the jungles in India including the Mudumalai Wildlife Sanctuary in Tamil Nadu. They were not always about comfort. We roughed it out there. Visiting Vrindavan, Kashmir and even the Swiss Alps were wonderful experiences. Mom enjoys photography and horse riding," Esha told the portal.

The actress shared that Seeta Aur Geeta was her favourite film which she would watch every day after school.

"Coming back to my childhood, there was a library of VHS cassettes in Mom's room. After school, I'd select a film of my choice for viewing. Seeta Aur Geeta (1972) would be on repeat watch every day. It was my favourite film. As a kid, I found it difficult to watch her with other co-actors on screen. It was the same with dad. Though I could never voice my dislike to them. With time, I enjoyed watching Satte Pe Satta (1982)," Pinkvilla quoted Esha as saying. 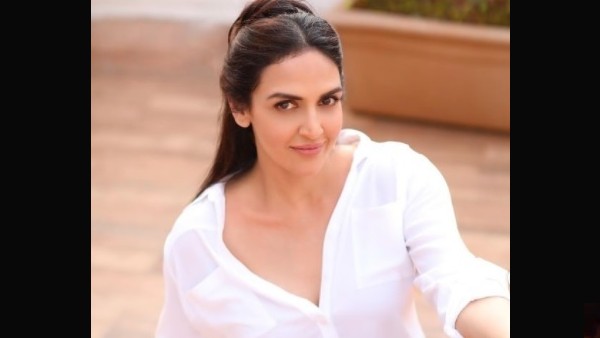 Esha Deol Says She Was Never Treated As A Star Kid In School; 'I Travelled In Rickshaws, Trains'

Speaking about how her mother was strict about certain things, Hema said, "Mom was a loving and caring mother but she was clear about maintaining discipline and decency. Like she didn't approve of late nights. She didn't stop us from wearing shorts or spaghetti tops but there was a line drawn. While we were young, we were lovely babies. But when we hit teenage right up to the early 20s, she truly tolerated us. She being strict about certain things, we started hiding and doing things from her."

She further continued, "I was a rebellious kid. I wanted my way or the highway. I made some mistakes and learnt from them. She watched me from a distance, making the wrong choices. But she never said 'don't do this or don't do that'. She'd just say, 'This decision may not turn out to be the best. If you want to experience something like this, then you have to fight your own battle'. The 'fight your own battle' stance toughened me. That's the only way you learn. You fall, you get up and move on. But Mom always had my back."

In the same chat, Esha also revealed a handy tip given to her by her mother when it came to shooting hug scenes.

The Kaal actress shared, "When I became an actor, she gave me a few handy tips. One of them was how to hug a co-actor on camera without letting him actually hug you. It was a cool trick where the control lay in my hands, whereby I could move them away or draw them closer. Having said that, all my co-actors have been great. They smell great too. Most of them are my friends. But it was subtly clear how close they could get."

Esha also opened up on comparisons with her mom Hema when she made her debut in Bollywood and said, 'When I entered the industry, I had no clue about what was coming my way. I was 18, naïve and innocent, and coming from a place that makes you believe all's so beautiful in the world. When the reviews started coming in, I was shocked being directly compared to my mother. Gradually, like most star kids, you become immune. We have no choice."

"Mom's my advisor, my go-to person in the personal aspects as well. She may say something in a matter-of-fact way. But later you realise that she's said something so important. Like when I got married, she said you may be settling down but never lose your identity. She insists on keeping patience. As women, we both have the same outlook towards our life partners - like holding them in respect and looking up to them. We also believe in giving space to our partners and not making them feel claustrophobic. Just as we appreciate the same space for ourselves. Mom has always underlined that a woman should hold herself with dignity. I am more like Dad, be it in my outlook or physicality. But the ambition and the willpower to pull it through comes from my mother," Esha told the entertainment portal.

Workwise, Esha will next be seen in Ajay Devgn-starrer web series Rudra: The Edge Of Darkness.