Haathi Mere Saathi, the highly anticipated multi-lingual project is gearing up for a grand theatrical release on March 26, 2021. The project, which is directed by Prabhu Solomon, features Rana Daggubati in the lead role. The movie is releasing in Tamil with the title Kaadan, and in Telugu as Aranya.

In an exclusive interview with Filmibeat, director Prabhu Solomon opened up about Haathi Mere Saathi. Here is what the filmmaker has to say...

1. Haathi Mere Saathi/Kaadan is your first pan-Indian film. How different was it to work for a multi-lingual project?

It was a big challenge for me. But I always had a passion to do films based on real-life incidents, and I got a chance to do a pan-Indian film. Especially, having around 18 elephants on sets every day was not an easy job. But it was a completely new experience and I thoroughly enjoyed it.

2. Haathi Mere Saathi is based on real-life incidents. What made you choose this particular subject?

Elephants are really connected with humans, despite being the second-largest animal in the world. They are very emotional in nature. When we got a chance to do this film which is based on a man-animal conflict, we decided to proceed. It is based on an incident that happened in Assam.

3. Elephants play a pivotal part in this film. How was your experience working with the 4-legged cast. Was it exciting?

It was a very tough job. Even though we have elephants in India, we didn't get permission to shoot. So we shot the film majorly in Thailand. Even though the country permits shooting with elephants, they have restrictions. We were supposed to wind up the shoot within 4 to 5 hours every day and give them proper rest. So, all the artists worked according to the elephants' call sheet.

4. Kumki, one of your most loved outings in Tamil Cinema, also dealt with the elements of forest and wildlife. Was it challenging to work on a bigger project that involves these factors?

Kumki had a simpler script and making. It was a love story that was commercially well-packed with songs and light situations. But Haathi Mere Saathi had an entirely different style of making. The scope for adding commercial elements was very less, as it is supposed to be a raw film. This film is based on elephants, where in Kumki, elephant was just another character.

5. How did Rana Daggubati come on board for the film?

We thought of a few actors for this actor, but later felt that Rana Daggubati is a good choice. Later, he did auditions and look test for his part. We felt that he is perfect for the role, and he came on board.

7. How was it to work with two different set of actors for the same film, simultaneously?

All the actors were excited to work on a film about elephants. It was not the usual film set that had a filmy atmosphere. Because in the forest, we didn't have caravans. It was difficult to get range on mobiles or internet facility. So we spent time like a big family, which is impossible in a normal set nowadays. When the Tamil and Telugu cast were shooting, the Hindi cast members including Pulkit Samrat used to stand behind the camera with me. The entire team stayed and worked together throughout the shoot.

8. How did the casting happen? Was it difficult to pitch a multi-starrer with the leading actors being from all major industries?

When we approached the actors, all of them immediately agreed to be a part of this project. If any of the actors had even a bit of ego, this project wouldn't have been possible. We shot the film in real locations, mostly using natural light. The schedule used to change according to the availability of elephants. The team used to cook together as there were no restaurants nearby. If the actors were not cooperative, this wouldn't have been possible.

9. Was waiting for a theatrical release and not going the OTT way difficult amidst the pandemic?

Not really. This film is solely released for the theatres, it is not designed for OTT. We can't enjoy a film like Haathi Mere Saathi on a television or mobile screen. Theatre release was the only option for us.

10. How did you spend time amidst the lockdown?

I was busy with the post-production of Haathi Mere Saathi. Since there was a lot of time, we completed the work peacefully with no pressure. We were able to polish the film properly during this period.

11. Tell us about your upcoming projects

I'm yet to think about my next project. Currently, my priority is Haathi Mere Saathi. 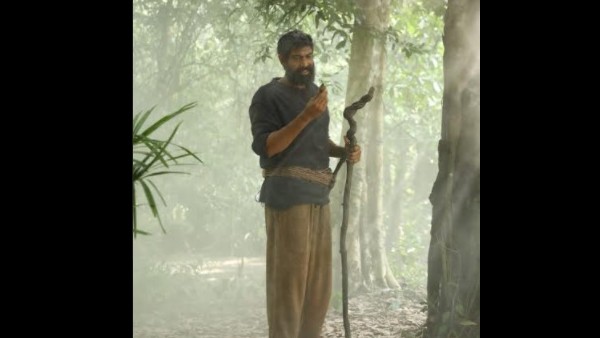 Haathi Mere Saathi Team Had To Relocate The Set To Another Forest; Find Out Why