Geeta Basra and her cricketer-husband Harbhajan Singh were blessed with a baby boy on July 10 this year. Today, the actress took to her Instagram page to reveal the name of her son. Geeta introduced her little munchkin in the cutest way possible.

The actress shared a picture in which her daughter Hinaya Heer is seen holding her baby brother in her hand. The kids are seen posing against a bokeh background. Geeta and Harbhajan made sure that their tiny tot's face was still hidden from the world. The caption for this adorable picture read, "Introducing HEER ka VEER. Jovan Veer Singh Plaha 💙🧿."

For those curious to know what this name means, Jovan is a male name of Slavic origin that means 'God Is Gracious' and Veer means courageous. 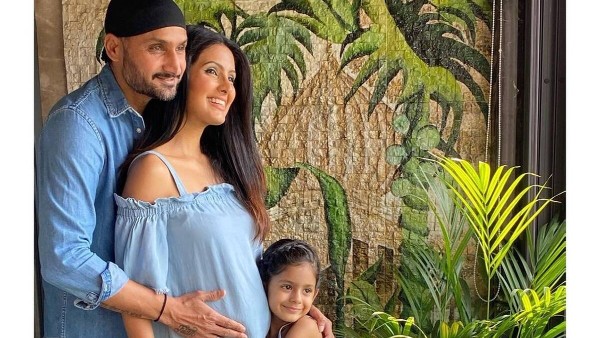 Why Did Geeta Basra Never Return To Acting After Marrying Harbhajan Singh?

Earlier in an interview post giving birth to Jovan, Geeta had told ETimes, "If it would have been a daughter again, I would have got another best friend. It's a son and now Harbhajan has got a best friend. But yes, I must tell you that I had an intuition that I'll get a son while I was carrying Hinaya." She had revealed that she had zeroed in the name when she was carrying Hinaya five years ago.

Further, Geeta had also opened up on Hinaya's reaction to her baby brother and said, "She's constantly looking at her brother as if it's a toy and has become very responsible." 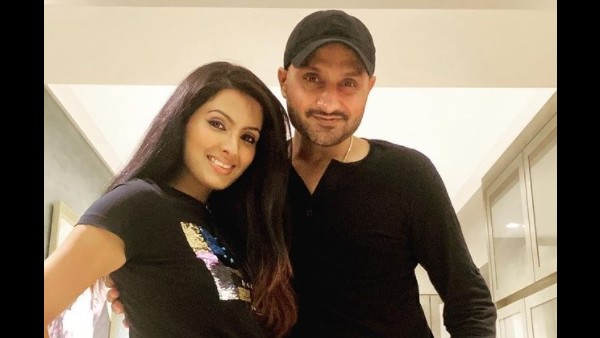 Harbhajan had announced the birth of his son with an endearing note that read, "We thank the almighty for blessing us with a healthy baby boy. Both Geeta and the baby are doing well. We are overwhelmed with joy and would like to extend our gratitude to all our well-wishes for their constant love and support."

Geeta Basra who made her Bollywood debut with Emraan Hashmi-starrer Dil Diya Hai, tied the knot with Harbhajan Singh on October 29, 2015 in Jalandhar, Punjab.