In a recent interview with a leading entertainment portal, Geeta Basra has opened up about her personal life. The actress revealed that her cricketer-husband Harbhajan Singh first saw her on a movie poster and tried to enquire about him. However, she did not know who he was at the time, as she never watched cricket.

Geeta told Bollywood Bubble, "He saw my poster, he liked me on that poster, so he tried to enquire about me. And then, my Woh Ajnabee song had released, and he was like, 'Kaun hai yeh ladki (Who is this girl)?'"

"I never watched the sport so I didn't know who Harbhajan Singh was. I didn't know any of these guys," she further added while speaking with the entertainment portal.

Harbhajan managed to get her number from a friend, asked her out for a coffee date and that's how their love story began. Earlier in an interview with ETimes, The Train actress had opened up on how she feared that her link-up with the cricketer would affect her career.

Geeta was quoted as saying, "It was not an easy time for me. Those days were very different. Being linked to someone was a very big thing. I remember a very big actress who got married in those days had to leave a film because that movie's producers were worried that she would soon become pregnant. On similar lines, I had got lots of offers after my debut film 'The Train' but they never made a headway. I was facing stiff challenges. I was not an established actor. It took me a hell of a long time to justify that I am not marrying in near future." 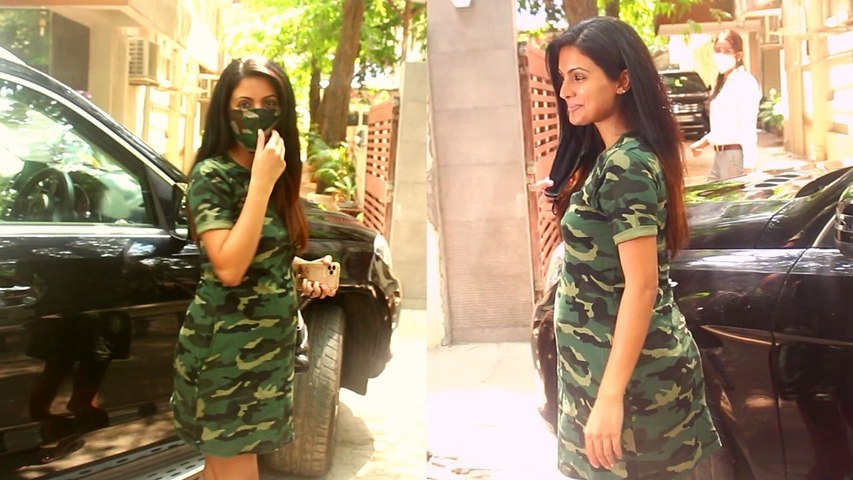 However, Geeta's friendship with Harbhajan soon blossomed into love, and the couple finally took the plunge in 2015. The duo who are parents to a five-year-old daughter Hinaya, are now expecting their second child.

Speaking about embracing motherhood for the second time, Geeta told Hindustan Times in a recent chat, "It's very different and this pregnancy has been very difficult. Hinaya's was a smoother ride in terms of eating but this time, it is difficult to eat and I am not craving anything. I was really looking forward to indulging in some good food but maybe in the next couple of months, things change," adding that going through everything again is scary.