The highly anticipated trailer of Haathi Mere Saathi featuring Rana Daggubati in the lead role has been launched today (March 4). The trailer was launched a day after the release of its Telugu and Tamil versions coinciding with World Wildlife Day.

Marking Rana's third trilingual project (after the Baahubali franchise and Ghazi Attack), the film entails the story of a compassionate elephant lover living in a rain forest who fights against powerful men when they try to erode the rights of wildlife animals by means of illegal constructions.

In the 3-minute-6-second video, Rana can be seen playing an intriguing yet promising role of a conservationist, who dedicates his life to protect the ecosystem. His impeccable acting chops along with visuals of the dense lush green forest, awe-inspiring background music and color palette used for the film are a few of the many highlights of the promising film.

Written and helmed by National Award-winning director Prabhu Solomon, who is best known for his Tamil films like Kumki and Mynaa, Haathi Mere Saathi marks his debut in Bollywood. The film was simultaneously shot in Telugu as Aranya and in Tamil as Kaadan. Haathi Mere Saathi will have a massive release in theatres on March 26.

Backed by Eros International, the film also features an ensemble cast including Pulkit Samrat, Zoya Hussain, Shriya Pilgaonkar in key roles. Though the film was earlier slated to release in April 2020, the makers were forced to postpone the date owing to the novel Coronavirus pandemic. 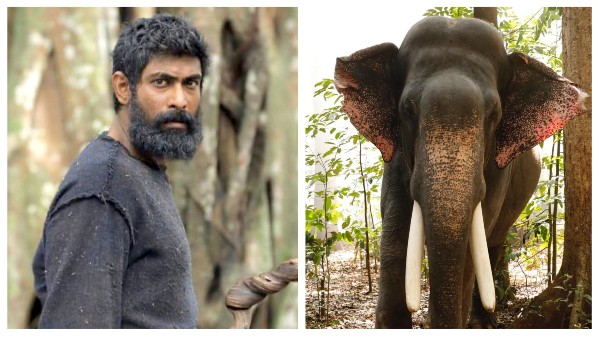 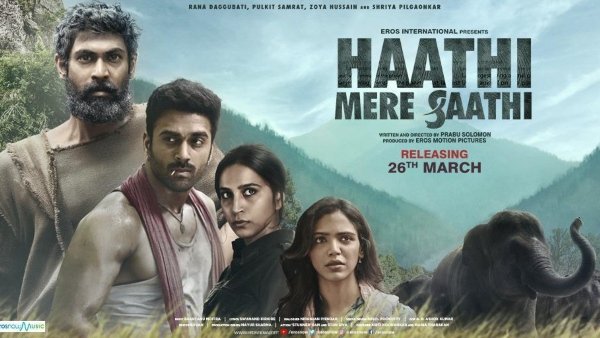 Also Read: Rana Daggubati's Haathi Mere Saathi To Have One Of A Kind Trailer Launch