It seems like self-proclaimed critic Kamaal R Khan aka KRK has become obsessed with Salman Khan. Wondering why? Well, check out his Twitter page and you will get your answer. Most of his tweets are targeted at Salman Khan. While some are nasty digs, others are downright disgusting! In his recent tweet, KRK not only took a sharp jibe at Salman, but also at Ranbir Kapoor and Vicky Kaushal.

While KRK didn't mention Katrina Kaif's name in his tweet, his hint is quite obvious.
He shared pictures of Vicky and Ranbir on his Twitter page and wrote, "Aap Dono Launde Nidar Aur Bahadur Ho! Bilkul Sahi Kiya Aap Dono Ne. (You two boys are very fearless and brave. You did the right thing.) My salute to both of you."

One doesn't need rocket science to decode KRK's tweet. He was hinting at their affairs with Katrina Kaif, who also happens to be the ex-girlfriend of Salman Khan. It's known to all that before dating Ranbir, Katrina was in a serious relationship with the superstar. However, her relationship with Ranbir didn't last long as well, and currently, she is allegedly dating Vicky Kaushal.

KRK's tweet didn't receive positive response from the netizens and they slammed the actor for dragging Katrina, Ranbir and Vicky amid his legal battle with Salman.

In his next tweet, KRK tweeted, "If you do want to abuse me then Bindaas abuse Karo Yaar! I am not abusing you back. #Twitter doesn't allow me to do so. Why do you make new account everyday to abuse?" 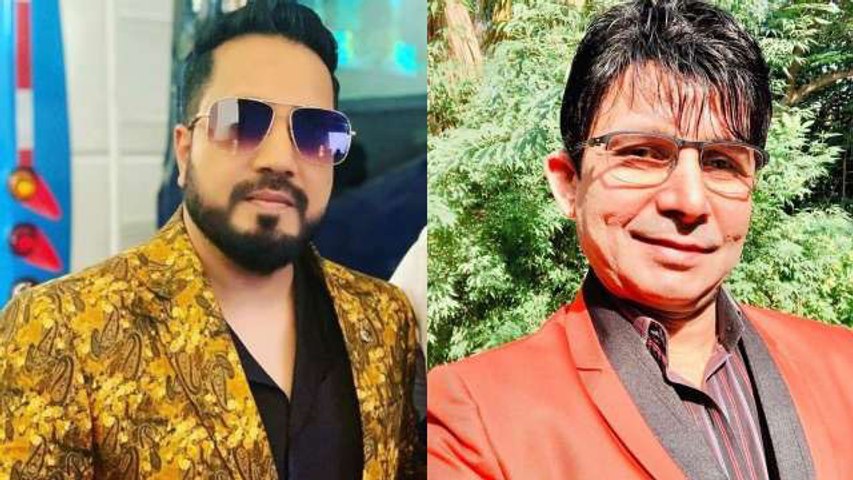 Mika Singh reaches Kamaal R Khan’s house, promises not to beat him up: ‘You are my son’ | FilmiBeat