Last week, Shahid Kapoor started shooting for Ali Abbas Zafar's upcoming film which is touted to be a crime action thriller in Dubai. The film is an adaptation of the French movie Nuit Blanche (Sleepless Night). Now if the latest buzz in the tinsel town is to be believed, Katrina Kaif has bagged a meaty role in this project.

One hears that the actress has been roped in to play the role of an investigating officer in the film. A Pinkvilla report quoted a trade source as saying, "It's all very hush-hush with Ali and his crew at the moment. While Shahid started shooting for the crime drama last week, this week Katrina's body double was seen rehearsing with a South African crew at the Emirates. Full on gun firing. Her duplicate and the film unit are rehearsing at the Emirates Palace Hotel in Abu Dhabi. It's an action scene at a casino where a shootout takes place between mobsters, drug dealers and cops."

Katrina Kaif's Net Worth And Her Remuneration Will Leave You Flabbergasted

The source further added, "The movie is said to be an official adaptation of the French movie Nuit Blanche (Sleepless Night) revolving around two cops who plan to rob a shipment of cocaine. In the process they come up against an investigator, who is part of another law enforcement agency that looks into incidents of professional misconduct of police officers. Shahid is said to play the main lead and is one of the cops who plans the robbery. He is also estranged from his wife and has a teenaged son who gets kidnapped by the mobster whom Shahid and his partner plan to rob." 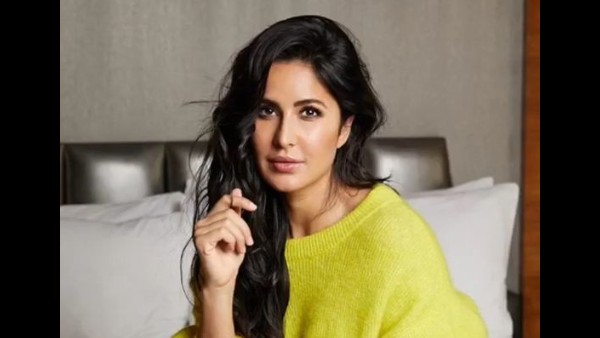 Katrina Kaif Says She Was Conscious About The Way She Looked

The trade source went on to say that while it is still not clear whether Katrina will be essaying the role of an investigating officer who is in charge of probing Shahid and his partner's background or his wife, the actress has apparently headed towards Dubai.

The source further added, "If she plays Shahid's wife it's possible it will be Katrina's cameo in the movie and she appears as Ali Abba's lucky mascot. We know that Katrina's scenes involve lots of action and that's why her duplicate was seen rehearsing for the scenes at the Emirates Hotel. She is Ali Abbas's favorite heroine and one of his closest friends so it is natural that she will be in his next project in some way. Also, he will make sure that Katrina's star presence is justified in the movie and that she has a meaty role."

It was earlier reported that Katrina and Ali were supposed to do a superhero film together but the latest updates suggest that this project has been kept on the backburner right now."

Lately, Katrina Kaif has been hitting the headlines for her impending wedding with rumoured beau Vicky Kaushal though there's no confirmation yet from either of the stars.

The Pinkvilla report further stated the source saying that Katrina's stint in Abu Dhabi for Shahid's film is a major one and added that she might return for her wedding in the first week of December since the movie has a start-to-finish schedule. But if she has an extensive role in this Shahid Kapoor-starrer then speculations have rife that she might push ahead her wedding date.