The Income Tax Department on Thursday revealed that discrepancy and manipulation of income was found during the raids at Tapsee Pannu, filmmaker Anurag Kashyap and others' properties in connection to the production house Phantom Films.

According to a report in Hindustan Times, the officials have revealed that they observed a huge suppression of income compared to the actual box office collections. They also said the production house staff was not able to explain the discrepancy of around ₹300 crore.

The officials revealed that further investigation is currently underway as evidence related to manipulation and under-valuation of share transactions of Phantom Films was found. The tax implication for the same would lead to about ₹350 crore.

More evidence of cash receipts by the leading actress amounting to ₹5 crore has also been recovered. The officials found seven bank lockers that have been placed under restraint, after the tax evasion probe was carried out across 28 locations in Mumbai and Pune.

The raids have been called out by the opposition party as well as a group of netizens with hashtag #ModiRaidsProFarmers. Congress leader Rahul Gandhi said that the raids are being carried out against those who are pro-farmers. Bollywood celebrities like Swara Bhasker, Anubhav Sinha also expressed support for Anurag and Taapsee.

Meanwhile, both Taapsee Pannu and Anurag Kashyap are currently in Pune for the shoot of their upcoming film Dobaara. According to reports, both were also questioned by the income tax officials while in Pune. 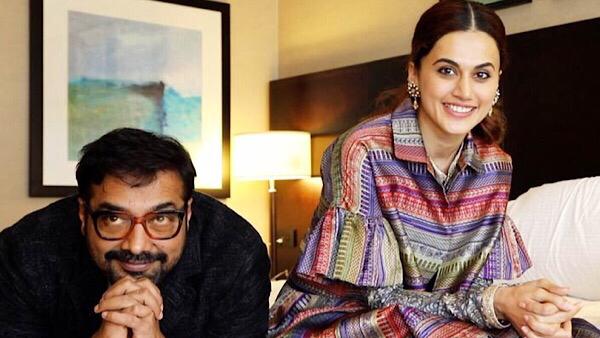