In her recent tete-a-tete with a leading daily, actress Juhi Chawla reminisced about shooting with late actor Rishi Kapoor, and recalled how easily he used to get angry on the sets of Sharmaji Namkeen. For the unversed, tomorrow (April 30, 2021), it will be exact one year since Rishi Kapoor breathed his last.

Recalling her shoot days with Rishi Kapoor, Juhi told TOI, "Chintuji had a unique way of speaking - it almost always sounded like he was shouting at you. He had a tough exterior and the heart of a softie. Once I got used to his ways, and I figured out that this is how he was, I started enjoying that about him."

Juhi further shared that he had once shouted at her and called her an insecure actor. Wondering why? Keep reading...

The Bol Radha Bol actress said, "While shooting for Sharmaji Namkeen, I would be rolling with laughter because he had something to pull me up for every single day. One day, he actually called me an insecure actor because I'd rush to see the monitor after every shot. His shots were fantastic, and I was worried if I was holding up well. In his typical style, he shouted at me and said, 'That monitor is for the director. Not you... you insecure actor.'"

ALSO READ: When Rishi Kapoor Said That He Fought With Neetu Kapoor Like Any Other Couple, But She Was His Anchor

The Ishq actress further said that she never questioned him about why he had such a tough exterior, but over the years, she started enjoying his nature because she found it cute.

Narrating another incident related to the Agneepath actor, Juhi shared with the leading daily that every year she used to visit his residence for Ganpati celebrations. Then, she didn't go for a few years in between, and when she met him on the sets, she complained to him that he hadn't invited her home for the festival. 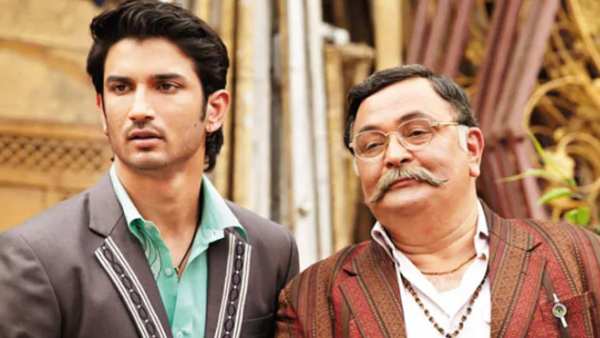 "He responded in his typical style, 'I am not supposed to invite you, you're supposed to come on your own. Tum aa jaya karo.' He grumbled that I didn't turn up all these years. I loved that about him- he wrapped his anger around all his emotions," said Juhi, fondly remembering Mr Kapoor.