Bollywood celebs are no strangers to fans who tend to worship them and put them on a high pedestal when it comes to their work or any other activities. Similarly, Kangana Ranaut is also one of those celebs who enjoy massive fan-following. However, the actor recently urged her fans to not revolve their lives around her or the other Bollywood celebs and instead focus on their lives.

Talking about the same, one of the actor's fans asked her other fans through a tweet to watch Kangana's Tanu Weds Manu franchise wherein the actor had delivered an impeccable act. The fan also mentioned that they can watch the movies to calm down their soul, sharing a still of the actor from the film. Kangana was quick to reply to the same.

The Manikarnika: The Queen Of Jhansi actor urged the fan to not give the other fans ideas to get obsessed with her as she does not want fans but only cinema lovers instead. She further added that there is no need for people to be her fans. Furthermore, she asked her followers to not waste their time on filmy celebs as they just do their jobs to act and entertain people on the big screen. The Fashion actor instead asked people to focus on their own jobs, lives and spending time with their families. Take a look at her tweet.

No don’t give them ideas to get obsessed,don’t want fans I just want cinema lovers, who like watching good cinema, that’s all,no need to be my fan please, don’t waste your time on filmy celebs it’s a job for them you too focus on yours, focus on your life and family not actors 🙏

Meanwhile, Kangana is well-known for her love for nature. The actor had earlier flaunted a beautiful glimpse of her balcony wherein she enjoyed the singing of a cuckoo. Recently again she shared a picture of a sparrow's nest being built on her balcony. The Panga actor stated that she is stunned to witness the most remarkable work of engineering, longing for another life, compassion and motherhood looking at the nest. The actor also expressed her excitement about welcoming this new addition to her family. Take a look at her tweet.

A little sparrow nest in my garden.... most remarkable work of engineering, longing for another life, compassion and motherhood, stunned. Can’t wait for this new addition to my family #Mumbai #Lockdown #Nature pic.twitter.com/yA4fpDzIbF 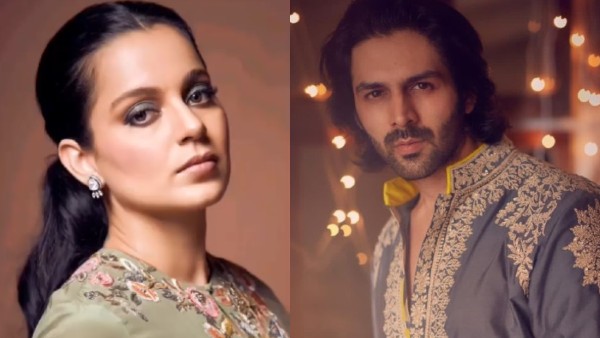 On the work front, Kangana Ranaut will be seen in the movie Thalaivi wherein she will essay the role of former Tamil Nadu Chief Minister Jayalalithaa. However, the release of the movie was postponed due to the COVID-19 second wave. She will also be seen in movies like Tejas and Dhaakad.