Kangana Ranaut recently faced the ire of the netizens after she was spotted by the paparazzi at the airport on Tuesday (September 28). The reason behind the same was that the actress was spotted not wearing her mask despite passing a sign at the airport that said 'No Mask No Entry.' Soon netizens started questioning whether this rule by the government to wear a mask amidst the pandemic is only for common people and not for the celebs.

Talking about the same, the video shared by a paparazzi has Kangana Ranaut posing for the photographers at the airport before heading towards her flight. The Tanu Weds Manu Returns actress was seen wearing a traditional white salwar-kameez and glares. Kangana showed the victory sign as she was getting clicked by the paparazzi. 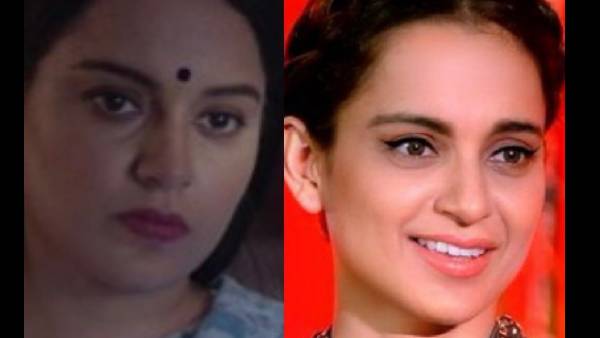 However, she is seen without her mask during the same and also passes a sign that says 'No Mask No Entry.' This led to one netizen to comment on the post stating, "No mask no entry, is it only for normal people and not these celebs?" while another user reacted by saying, "Why does she never wear a mask?" and a user also commented stating, "Kangana has ignored the 'no mask, no entry' sign just like political parties ignore the voters after the elections." A user further commented, "She skipped court hearings stating she had covid symptoms and here u see there is no mask...No wonder this country has a different set of rules." The court hearing was in reference to Kangana Ranaut's ongoing defamation case with veteran lyricist Javed Akhtar. Take a look at the video of the actress. 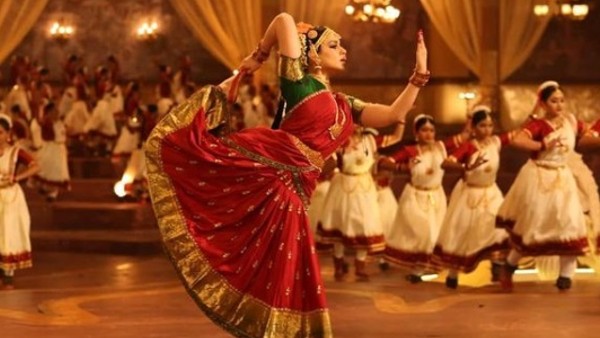 Kangana Ranaut On Thalaivii: It Is Not Fair To Say I Will Win National Award For This Movie

Meanwhile, on the work front, Kangana Ranaut has garnered several praises for her movie Thalaivii. The actress played former Tamil Nadu Cheif Minister Jayalalithaa in the same. The movie was directed by Vijay and also starred Arvind Swamy, Raj Arjun, Bhagyashree and Madhoo in pivotal roles. Apart from this, Kangana will also be seen in the action flick Dhaakad alongside Arjun Rampal and Divya Dutta. She had recently wrapped up the shooting of the same in Budapest. Kangana will furthermore be seen as a Sikh soldier in Tejas.