Kangana Ranaut is known for speaking her mind and never shies away from making bold statements. The actress is currently busy with the promotions of her upcoming film Thalaivii. The film based on the life of late Tamil Nadu Chief Minister and former actress Jayalalithaa, also marks Kangana's foray into regional cinema.

Recently in a chat with a YouTube channel Tried & Tested Productions, Kangana opened up on this new experience and admitted that she has a very superficial view of the regional film industries as she is a newbie in south India. 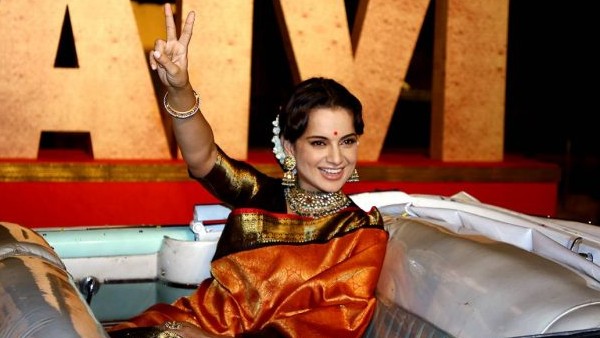 Kangana Ranaut Calls Thalaivii Best Film Of Her Career; 'Confident It Will Bring Audiences Back To Theatres'

Speaking about the difference in working in Bollywood and regional cinema, the Dhaakad star explained, "What is very striking about regional cinema is that at least they find some common ground. They're chameleons, and that's something that they resonate with... Whereas in Hindi films, because we've all migrated to Mumbai, there is so much diversity there, yet there is a bit of tension always... Everybody wants to pull everybody down, that's not helping at all."

Kangana termed Bollywood a 'toxic' and said that it has become a place where there's no love, empathy, sense of camaraderie and compassion.

"It's become such a toxic place that somehow, nobody is happy for another person, and we are not able to find a common ground we are able to identify with," the actress told the channel.

Kangana emphasized that it's important to find a common ground in order to avoid getting carried away with petty human emotions.

"A place where there is no love, no empathy, no sense of camaraderie, no sense of compassion, you can only imagine how toxic that place is going to be. Whereas regional cinema is going higher and higher, and we are also seeking some kind of place (in an industry) where people are so wonderful to each other. I hope it remains like that and too many people coming in here don't ruin it," Kangana said in her interview.

She also recalled her early days and said that breaking into Bollywood is like breaching the Great Wall Of China. The actress said that when she entered Bollywood, there was no proper process in place and added, "There were no casting agents, there were no OTTs to launch actors, it was a very difficult time."

Talking about what kept her going those times, the actress said that she was desperate and in a do-or-die situation and eventually decided to fight her way into the 'Wall Of China of the film industry' as all the doors were closed.

Speaking about Kangana Ranaut's upcoming projects, the actress has an interesting line up of movies which include Thalaivii, Dhaakad, Tejas, Manikarnika Returns: The Legend Of Didda and a film of former Indian Prime Minister Indira Gandhi titled as Emergency.