Kangana Ranaut is currently at her home owing to the strictly imposed lockdown due to the spike in the COVID-19 cases. However, the actor did not fail to showcase the rather delightful side of being at her place on her social media handle. Kangana shared a video wherein she introduced her fans to her 'new but slightly annoying' friend that was a pleasing sight to witness.

Talking about the same, the Tanu Weds Manu Returns actor shared a video wherein she can be seen sitting on a swing on her beautiful balcony. While the actor swings to her heart's content, she can be seen enjoying the singing of a koyal (Cuckoo). One can also see the lovely balcony of the actor that is laden with some flower pots and lush greenery.

Kangana captioned the same stating the little koyal is telling her many things that she has failed to hear for such a long time. The Manikarnika: The Queen Of Jhansi actor further added that she always thought that she is living alone when instead she had many loved ones at her side which she did not realize owing to her hectic schedule. Lastly, she said that it is lovely to be at home. Take a look at the post shared by the actor.

This little koyal telling me many things I failed to hear for so long ....
I always said I live alone suddenly finding many who were always there but in my hectic life I never realised ❤️
Lovely to be home with my new but slightly annoying friend ❤️ pic.twitter.com/UStr00uf5A

Apart from that, Kangana also shared a heartfelt post about her parents who celebrate their wedding anniversary today. The Panga actor shared a throwback black and white picture from her parent's wedding. She also mentioned how at first her parents had told her that they got married in an arranged manner but later her grandmother revealed that her parents had a raging affair. The actor penned the heartwarming story of how her parents fought against all odds to tie the knot with each other. Take a look at the same.

Today is the wedding anniversary of my parents, growing up they lied to us that it was a conventional arranged marriage it’s only much later nani told us they had a raging affair, papa saw mom at a bus stand returning from college,took that bus every day till she noticed him 1/2 pic.twitter.com/ZAImcqcXVQ 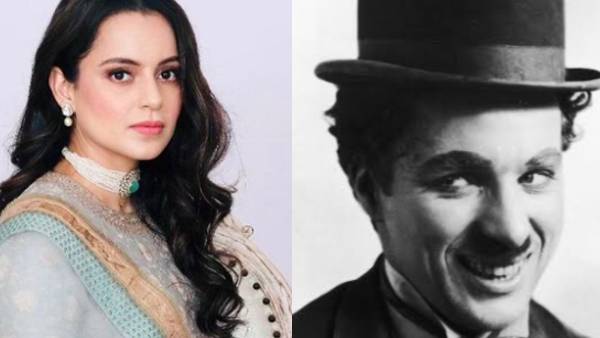 Meanwhile, on the work front, Kangana Ranaut will soon be seen in the movie Thalaivi. She will be essaying the role of former Tamil Nadu Chief Minister Jayalalithaa in the same and the trailer of the film had struck a positive chord with the masses. However, the release of the film has now been postponed due to the surge in the COVID-19 cases.