Karan Johar who is turning 49 today (May 25), has been one of the biggest names in the entertainment industry since the late 1990s. The filmmaker and actor has also given the industry one of the best talk shows of all times. Koffee With Karan lasted for six seasons with 135 episodes and numerous guests that has led to many unforgettable moments, controversies and conversations among the fraternity.

However, every season Karan manages to surprise fans by bringing the most unexpected actors together on his couch. His questions have stunned many celebrity guests, and the catty responses have given fans some unmissable hilarious moments.

On his birthday, here are 5 unmissable moments from Koffee With Karan,

1. Karan Johar is known for callbacks from his old episodes.

Before Priyanka Chopra and Kareena Kapoor appeared on the show together, the two reportedly had some tension between them. During the early seasons, Karan Johar had asked Kareena what question she would ask PeeCee if she had to do an interview with her, Kareena said "Why does she have that accent."

When Priyanka finally appeared on the show with Deepika Padukone, Karan shared Kareena's question with her. As witty as Priyanka is known to be, she replied, "I think it was the same place her boyfriend gets it from."

In the relaxed and fun environment of the episode, many celebs get candid about their experiences in professional and personal lives. Karan's questions also often land the stars on the couch in trouble with each other. When Karan asked if Akshay Kumar's relationship with Twinkle started with a serious commitment, the Padman actor confessed, "It didn't start as a fling." But Twinkle was quick to say, "Oh, it did," leaving Akshay speechless.

3. When Karan Got Candid About Salman Khan's Relationships

Karan had asked Salman Khan about his past relationships, to which Salman said, "I have never had a girlfriend in my entire life. I am going to save myself for the one I get married." However, Karan Johar was quick to equip that he has had several girlfriends and asked if he was still a virgin. Karan said, "So you did not have sex with all the women you have been with," asked Karan, jokingly, and to this, Salman Khan said, "They were just friends."

Karan Johar had managed to bring together Ranbir Kapoor's former ex and rumoured former ex, Deepika Padukone and Sonam Kapoor together. The episode had been the most talked-about episode of the season, as the centre of all that attention was, of course, Ranbir himself.

While discussing their common ex-boyfriend, Sonam said, "Ranbir is a great friend but I don't know if he's a great boyfriend. I have known Ranbir all my life and as a boyfriend, I don't know, I mean, she (Deepika) did a great job hanging onto him for so long." Deepika in response agreed that he had to work on his boyfriend skills.

5. Getting His Guests To Roast Each Other

Karan during every episode gives a special hamper to one of the guests with great answers during the show and the rapid-fire round. While it had led to many hilarious moments between the celebrities, Karan has also got some of them to turn on each other. 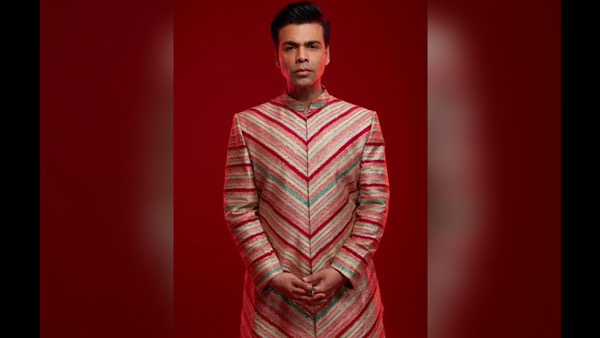 In the episode with Arjun Kapoor and Varun Dawan. Arjun became petty max after his hamper win. When Varun innocently shared that he wanted to win the hamper, Arjun said whatever belongs to him also belong to Varun except for the hamper.

On the work front, Karan Johar is set to return to directing films one again with a Alia Bhatt, Ranveer Singh-starrer love story. Notably, the magnum opus Takht was supposed to be his next directorial venture, but it has been postponed for unspecified reasons.