Kareena Kapoor Khan is currently being seen on the cooking reality show titled Star Vs Food that is streaming on Discovery Plus. The promo of the same was unveiled earlier by the makers that showed the Bollywood celebs trying their hand at some complicated dishes. However, the show will also be having some up close and personal moments, wherein the celebs will be getting candid about the fun aspects of their lives. Kareena could be seen revealing her bedroom secrets in one of the episodes of the show.

According to a news report in Bollywood Life, the Jab We Met actress was asked about the three things that she carries to bed with her on the show. To this, Kareena had the most epic answer. The actress was quick to reply that she carries her pyjamas, a bottle of wine and her husband, actor Saif Ali Khan to the bed with her. Earlier, in one of the promos, Kareena could be seen struggling while making her dish on the show. The Kabhi Khushi Kabhie Gham actress especially has a tough time grating cheese while making a dish. 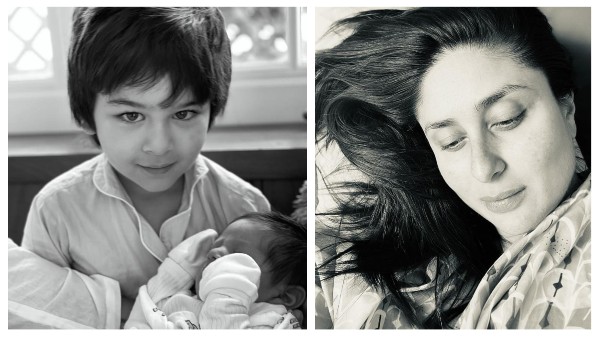 Meanwhile, the actress broke the internet on the occasion of Mother's Day when she shared a glimpse of her second son on her Instagram account. The 3 Idiots actress posted a beautiful black and white picture of her first son Taimur Ali Khan adorably holding the infant in his arms. Sharing the picture of her sons, Bebo captioned the same stating, "And these two give me hope for a better tomorrow. Happy Mother's Day to all you beautiful, strong mothers out there. Keep the faith." Take a look at the picture shared by her. 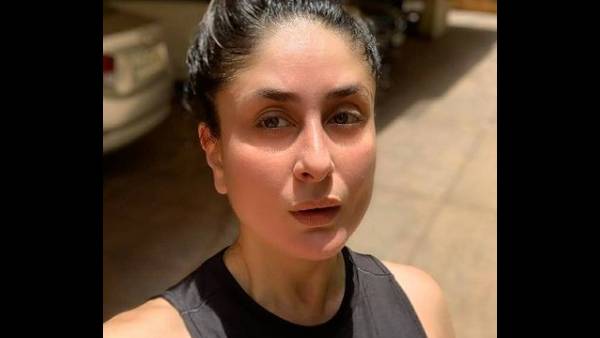 Meanwhile, the actress had also shared an important post for her fans amidst the COVID-19 second wave in the country. The Chameli actress had stated in the Instagram post that the next time people think of stepping out of their homes, wear the masks under their chins or think of flouting the precautionary rules, they should spare a thought for the doctors or the medical staff of the country. She added how the doctors and the medical authorities are at a breaking point, both mentally and physically. Kareena Kapoor Khan also mentioned that each one of the netizens reading her message is responsible for breaking the chain.