Ever since Kareena Kapoor Khan made her debut on Instagram page, the actress has been treating us with some lovely pictures of her son Taimur. Recently, the diva dropped a candid picture of her little muchkin chilling with his cousin Inaaya Naumi Kemmu after a dip in the pool.

The picture features Taimur flaunting his cute smile for the camera with Inaaya going giggly on his side. The little ones are seen enjoying a healthy breakfast, comprising what appears to be baby corns. Even Bebo's caption for the picture hints the same! One can also see, Saif and Kunal Kemmu engrossed in a conversation, sitting on a sofa in the background.

Kareena captioned her Instagram post as, "Aren't they just a-maize-ing? ❤️💯🤣🌽 #TimAndInni PS: Well, the boys in the back aren't too bad either 🤣🤣."

Earlier, on New Year, the Good Newwz actress had shared a picture of Taimur and Inaaya having a blast in the bathtub.

Meanwhile, Kareena Kapoor Khan and Saif Ali Khan are all set to welcome a new addition in their family. Recently, while speaking with a magazine, the Tanhaji actor had revealed that he and Bebo are expecting their second baby in February.

"I guess I am more prepared and confident this time around. I was quite nervous and jittery since I was going to turn a mother for the first time. This time around, I am way calmer and thankfully, I am not going berserk yet," the Kabhi Khushi Kabhie Gham actress mentioned in one of her recent interviews. Saif too, had expressed his excitement about becoming a father while speaking with multiple publications. 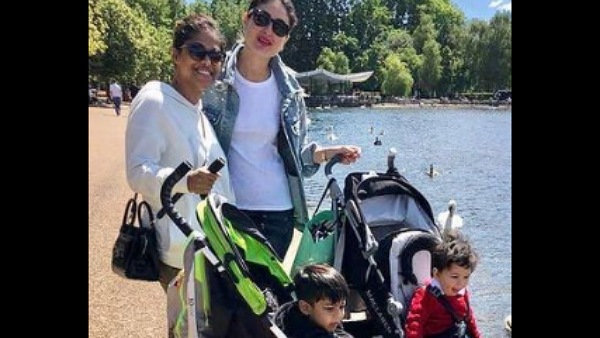 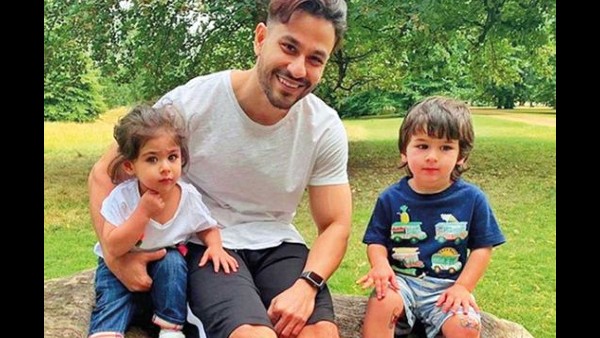