Yesterday (July 22, 2021), actor Tiger Shroff's sister Krishna Shroff shared her topless picture on Instagram and left netizens gushing over her toned body. Krishna who is known for being a fitness freak, graced the cover of H&H Magazine's August issue, wherein she is seen posing topless. She is seen hiding her assets with her hand and paired her topless look with black pant and gloves.

As expected, Krishna's picture took the internet by storm and grabbed many eyeballs. Among all, Disha Patani was very quick to react to Krishna's Instagram post and wrote, "Insane that body" with fire emoticons.

Recently, Krishna shared her thoughts on nepotism debate which is often discussed by netizens on social media. Speaking to The Indian Express about the same, she had said, "People talk about nepotism and how star kids have everything on a silver platter. We do, I agree. But once you get it, it is hard to keep it. There are so many expectations (from star kids). People expect you to be great because of the legacy your parents had before you, which is unfair." 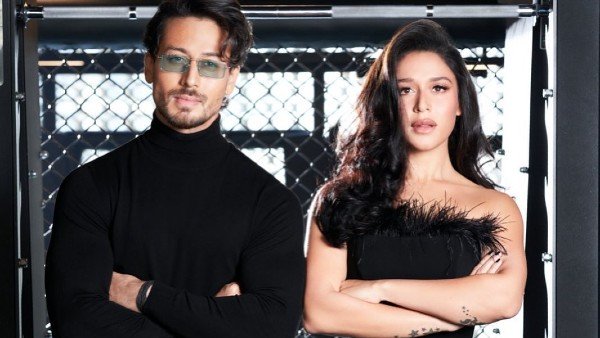 Krishna Shroff Was Bothered To Be Known As Tiger Shroff's Sister, But Not Anymore!

"I don't blame people for thinking that we have it easy, but they need to understand that while we get opportunities, it takes a lot of hard work to create our own identity and steer away from the massive legacy of our parents," added Krishna.

While Krishna's father and brother are known for their acting chops, unlike them, she has no interest in acting.