Kangana Ranaut and controversies go hand-in-hand. Ever since Kangana Ranaut took over her Twitter page, she keeps putting out controversial tweets that often grab the attention of her followers. While sometimes she receives support for her outrageous tweets, other times, she gets called out by netizens. What did Kangana do again? Well, the Thalaivi actress took a sharp jibe at Taapsee Pannu for no reason and left netizens furious with her act.

It all happened when the Twitter account of Urban Dictionary posted a definition of Taapsee that read, "Taapsee Pannu is bollywood actress known for her befitting replies. She's also called as the "Sasti Copy" of Indian superstar and padma shri recipient - Kangana Ranaut. She is also a member of Pappu Gang. Taapsee Pannu is a walmart version of Kangana Ranaut."

On this, Kangana replied, "Ha ha ha She-man will be very happy today."

Clearly, the above reply of Kangana didn't go down well with the netizens and they were quick to call her out for bullying the Pink actress for no reason.

Condemning Kangana's reply, a netizen wrote, "She is as good actress as you. But she is definitely a better person that you. Your support and cheap ha ha ha tells a lot about you. Shame."

Another netizen also criticised Kangana's reply and wrote, "When we see your interviews or air portlooks you looks very dignified..but in twitter your tweets are indecent.everything has limit.this tweet not needed at all.please maintain some dignity." 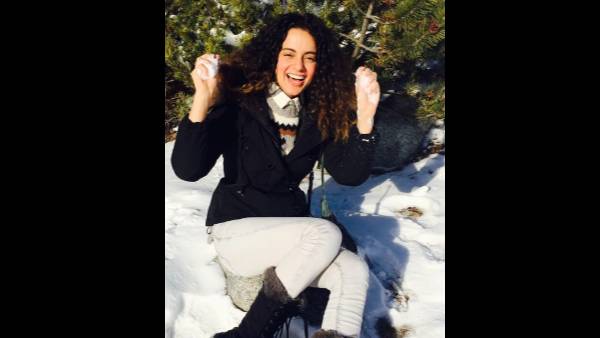 "Then what's the difference between you and Bullywood? All that standing up for Sushant only to turn around and do similar to someone else," replied another Twitter user to Kangana's distasteful tweet.

What's your take on Kangana's tweet? Do you also feel that it was distasteful and the Rangoon actress should have refrained from replying to such tweet?

With respect to work, Kangana will next be seen in Thalaivi. She also has Dhaakad, Tejas and Manikarnika Returns: The Legend Of Didda in her kitty.