Priyanka Chopra and Nick Jonas completed three years of marital bliss on Wednesday (December 1, 2021) and the couple marked this special occasion with a romantic candlelit dinner in London. The couple later took to their respective social media handles to give fans a sneak-peek into anniversary celebration.

Priyanka posted a close-up of the candles and a green card which had "Found you, married you, keeping you" written on it and captioned the picture as, "Living the dream. @nickjonas ❤️." The room was beautifully with neon lights in the background that read, "Forever & always," written in cursive.

On the other hand, Nick gave his followers a peek into the artistically done venue which featured lit-up letters spelling out "FOREVER," and petals scattered over the floor. The white and hot pink candles made the ambience more surreal. In the video, Nick is moving his camera around the room until it settles on his better half Priyanka who goes all smiles and waves at him. The 'Jealous' singer captioned his video, "3 years" along with a heart emoticon. 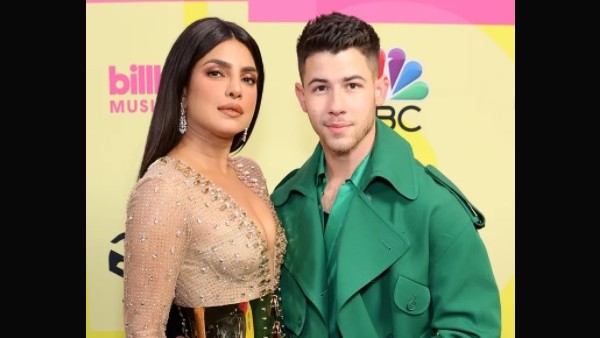 Nick Jonas Hints At Possibility Of Making His Bollywood Debut; Says 'The Work They Do Is Very Inspiring'

Priyanka Chopra and Nick Jonas' adorable posts have definitely shut down all divorce rumours which had cropped up last week after the Quantico actress removed her surname from her Instagram handle. 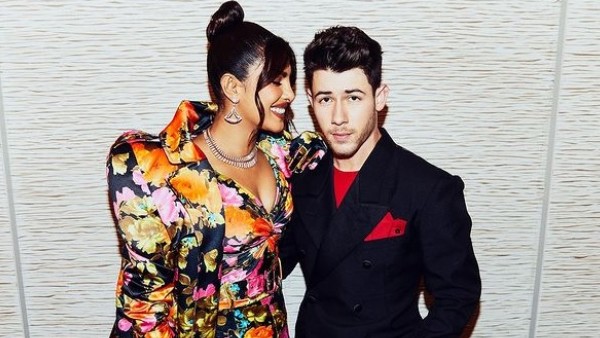 In a recent interview with InStyle magazine, Priyanka has talked about how 'hard' the year has been because of the time she had to spend away from Nick. She revealed that Nick used to fly in from their LA home to spend a day or even just to have dinner with her in London where she is currently stationed for work.

After a whirlwind romance, Priyanka Chopra and Nick Jonas tied the knot as per Hindu and Christian traditions in a lavish way at Umaid Bhavan Palace in Rajasthan. Post their wedding, the couple even hosted a series of receptions for their close friends who couldn't be a part of their Jodhpur wedding. Later, Nick had opened up on his life post marriage with the diva and said that they both look out for each other in every way they can.