Priyanka Chopra is one of those celebs who never fail to share some lovely aspects of her personal and professional life with her fans. The actor is currently in London wherein she is busy with her upcoming endeavours. However, Priyanka is also spending some quality time with her family and also shared a glimpse of the same on her social media handle. The actor also flaunted a sweater that was knitted by her mother in one of the pictures.

Talking about the same, Priyanka Chopra can be seen donning the sweater knitted by her mother in the first picture. The 7 Khoon Maaf actor is looking pretty as a daisy in the cream-coloured turtle neck sweater which she has paired with blue pants. Priyanka has her hair tied up to a neat ponytail as she strikes a lovely pose for the camera. In the second picture, the actor can be seen posing with her mother, husband Nick Jonas and his parents. She captioned the picture stating how her mother knitted the sweater for her while being in London. She added how her family is her greatest blessing and that she is happy to be reunited with them. Her caption read as "My mother knitted this sweater for me while she's been here in London. My family is my greatest blessing. So happy to be reunited." Take a look at the post shared by The White Tiger actor.

Meanwhile, Priyanka Chopra recently launched her own restaurant called Sona in New York City. Sharing some pictures from the inauguration ceremony of the same, the actor mentioned how the restaurant is the embodiment of timeless India and the flavours she grew up with. The Sky Is Pink actor revealed that the main chef in Sona will be Hari Nayak whom she described as a masterful talent, who has created the most delicious and innovative menu, taking one on a food journey through her amazing country. The actor further added that the restaurant will soon be opening later this month and that she cannot wait to see people visit the same. Take a look at the pictures from the inauguration of the restaurant. 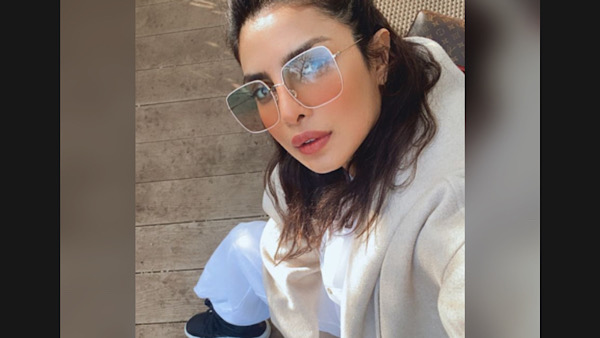 Also Read: Priyanka Chopra To Part With This Prized Possession Of Hers? Read On 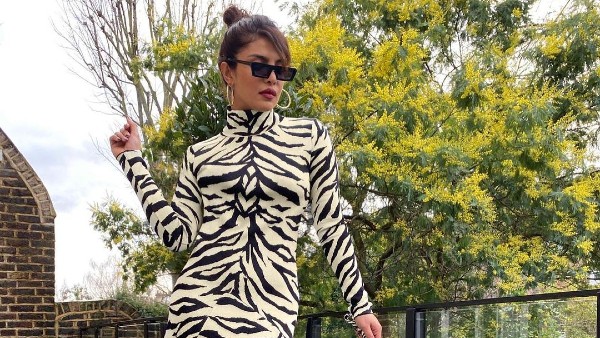 Also Read: Priyanka Chopra Feels Disheartened When People From Her Own Community Pick On Her For No Reason!