Daniel Craig had auditioned for the role of the British jailor who walks freedom fighters Bhagat Singh, Rajguru and Sukhdev to be hanged in Rakeysh Omprakash Mehra's Rang De Basanti but eventually could not feature in the film as he was being also considered to be the next James Bond that time.

Mehra, previously an ad filmmaker, says he wanted to create world cinema and wanted the backend to be managed with perfection and discipline. He was able to rope in David Reid and Adam Bowling, who had two cult classics behind them as executive producers - Lock, Stock and Two Smoking Barrels (1998) and Snatch (2000). The London-based duo loved the script of Rang De Basanti, gave up their homes on rent and shifted to India to set up the film, says Mehra.

"They were responsible for casting Alice Patten and Steven Mackintosh for the parts of Sue and James McKinley, respectively. I remember vividly that one of the people who auditioned for the part of James McKinley, the young jailor who walks Bhagat Singh, Rajguru and Sukhdev to be hanged, was none other than current James Bond, Daniel Craig," recalls Mehra in his autobiography The Stranger in the Mirror.

Craig came through David and Adam. "Daniel Craig was my first choice but he requested if we could allow some time as he was also being considered to be the next James Bond. The rest, as they say, is history," says the director of critically acclaimed films like Rang De Basanti, Delhi-6 and Bhaag Milkha Bhaag.

He also writes how he had almost finalised Peter Gabriel, one of the founding members of the British rock band Genesis, to work on Rang De Basanti, but something inside him said that A R Rahman should be doing it.

"The music of RDB was the soul of the film; the songs AR created became de facto national anthems," he says.

The Stranger in the Mirror, co-written by marketer-author Reeta Ramamurthy Gupta and published by Rupa, is peppered with anecdotes from Mehra's life - from the 'chai-biscuit'-hostel days to the popping of the proverbial champagne.

It has a foreword by A R Rahman and an afterword by Aamir Khan. Perhaps for the first time, QR codes are provided in a book for enhanced reader experience. Readers can scan the codes in the book and this will lead to a particular scene or song from the film concerned. In the book, Mehra also mentions his love for sports and how he almost made it to the Indian swimming squad at the 1982 Asian Games.

"I was the youngest on the team, and made it all the way to the final training camp for the contingent that trained for the Asian Games. My teammates eventually won the bronze at the 1982 Asian Games in Delhi. 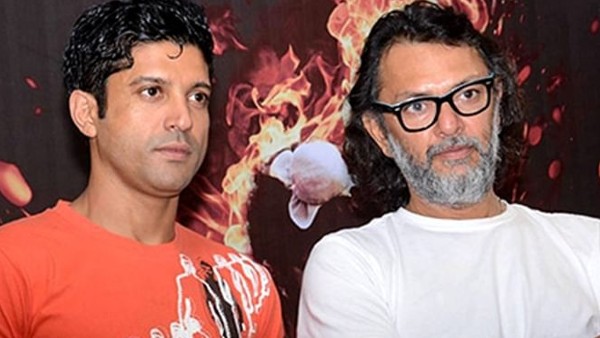 "Though I never made it to the final national team for the Asian Games, sports was a way of life and continues to be," the director, who has helmed sports-based films like Bhaag Milkha Bhaag and his latest Toofaan, says. On his association with A R Rahman, he writes, "One of the greatest joys of my life has been to be inside the recording studio when AR is creating a song of mine, not because I feel the need to guide but because I enjoy seeing his creative genius at work."

"AR understands something very fundamental: there's only one truth when you're making a film - that you're making that one film. Music, editing, cinematography, art direction, wardrobe, lyrics, actors etc. all have to tell that same story. They all have to serve the film and the director's job is to remind each artist of the one vision that everyone is working towards," Mehra says of the Oscar winner with whom he has also worked in Delhi-6.

Mehra also mentions how he planned to launch Abhishek Bachchan in a film called Samjhauta Express but it did not materialise. Just before they were to shoot the first schedule in Ladakh, Jaya Bachchan called Mehra to say that Refugee will be Abhishek's first film, and not Samjhauta Express. Mehra was "deeply disappointed and crestfallen" and declared that he would never make Samjhauta Express.

He took the script and all the research work, location pictures, wardrobe trials and burnt them in a bonfire on his terrace on the barbecue stove. "I understood the decision (Abhishek's) rationally. My script involved Abhishek playing a Pakistan-sponsored terrorist in his first film, which was against the grain of how Indian audiences perceive their hero... I couldn't help but wonder: what is the right launch pad for an actor with a gargantuan legacy like Abhishek?" he writes.

The director and Abhishek Bachchan, son of veteran stars Jaya and Amitabh Bachchan, later went on to work together in Delhi-6, which was released nine years after the actor's debut Refugee (2000). Mehra also talks about how mirrors have always fascinated him in the process of creation. 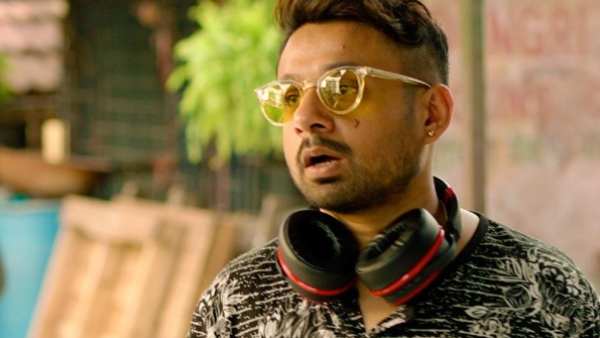 "There is a movie outside the movie I am making. I don't even know how I will frame my next shot. So, I let go of the feeling of wanting to know. Suddenly, the creation becomes seamless."

Mirrors, he says, are more than a way to check the make-up as they reveal the innards of one's soul. He used the mirror in his films like Bhaag Milkha Bhaag, Mirzya and Rang De Basanti. In Delhi-6, he says "I have used the mirror to express my anger and anguish at society at large".