Ever since the teaser of Yash's KGF: Chapter Two dropped on the internet on his birthday, fans have been eagerly waiting to catch a glimpse of their favourite superstar. What makes the film even more exciting is the addition to two new characters- Sanjay Dutt as the main antagonist Adheera and Raveena Tandon as Ramika Sen.

KGF: Chapter Two marks Raveena Tandon's return to Kannada cinema after 21 years. The actress was seen in the 1999 film Upendra. Her two-second appearance in the teaser of KGF: Chapter Two has already raised up the anticipation levels.

Recently in a chat with a leading tabloid, the actress revealed that she was actually set to be seen in the first part as well.

Talking about why her character was kept under the wraps in the film film, Raveena told Hindustan Times, "At that point, the story of KGF 2, especially my character had not developed fully. If I had done the first part, and it didn't turn out as well in the second part, it would have been a dicey proportion. They agreed to use my body double, and left the decision to me. I saw the first part when it was complete, and I was like 'Oh my God! This is phenomenal'. It was edgy, new age cinema."

The actress said that she has always been a big fan of films made in southern languages.

"I think there was a time when the Hindi film industry was grappling between good storylines, they were trying to cater to or copy from the West. They were becoming too westernized for the masses. There was a phase in the late 1980-mid 90s, I felt we were losing that grip on what the masses really wanted and could identify with. We suddenly had choppers (in the films)... it's not that you don't spend on movies, but the storylines had become very westernised. That's when I saw a couple of south films which were still catering to their regional senses and interiors. Heartland is the right word. I used to love their storylines, and when a couple of good films were narrated to me, I just jumped at it," Raveena explained the reason why she started taking up projects in the south film industry.

Coming back to KGF: Chapter Two, the Prasanth Neel directorial is slated to release in Kannada, Hindi, Telugu, Malayalam, and Tamil. There's a buzz that Yash will be dubbing his lines for the Hindi version himself. The much-awaited sequel is slated to release worldwide in theatres on July 16, 2021. 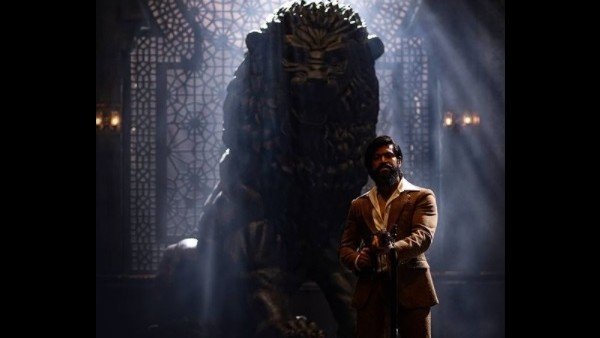