Rhea Chakraborty tops the Times 50 Most Desirable Women 2020 list. The list that features women under 40 across various fields also maned other actresses like Disha Patani, Kiara Advani, Katrina Kaif and others. Reportedly, the ranking is based on votes cast in an online poll, along with an internal jury. 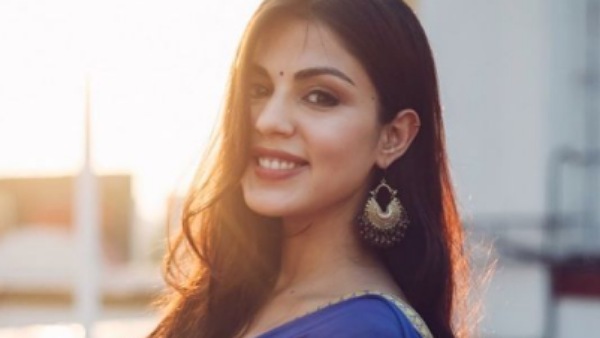 In 2020, after Sushant Singh Rajput's sudden death, Rhea was one of the most-talked-about stars nationwide. The actress was deemed guilty due to a media trial and was also arrested by the Narcotics Control Bureau (NCB) for drug usage charges in a case related to the late actor's death. While many big names in the film fraternity have extended support to the actress, she is yet to open up about her return to the big screen.

"In the last year, Rhea was one of the most-talked-about people - but not for a reason she would've ever imagined for. She found herself cast in a terrifying role off-screen - one that she never asked for, and one that was forcibly thrust upon her with the sudden death of Sushant Singh Rajput. And overnight, her life changed forever. Before she could even grieve, she was stuck in a circus with no ringmaster, caught in a tussle between multiple players. However, she retained her dignity amidst a barrage of insinuation and abuse. With her strength, resilience and restraint - and refusal to sling back the mud or respond in kind - she rose above it," said a press release.

Talking about the Times 50 Most Desirable Women 2020 list, it also features Adline Castelino at number 2. Adline won hearts at the Miss Universe 2020 pageant as she was named the runner-up. Followed by actress Disha Patani at number 3, Kiara Advani at number 4 and Deepika Padukone at number 5.