Who can forget Rajkummar Rao-Shraddha Kapoor's 2016 film Stree? The movie received a thumbs up from and went on to become one of the highest-grossing films of that year. Now, the super talented Rajkummar Rao is back with one more horror comedy titled Roohi and this time, he has Janhvi Kapoor and Varun Sharma for company.

The makers of the film unveiled the trailer of the film and as promised, it's a laugh-a-riot with some scary moments.

The trailer begins with the glimpse of a witch who is known to possess brides if their grooms doze off to sleep on their wedding night. Cut to we see two small town boys Bhaura and Kattanni (Rajkummar Rao and Varun Sharma) kidnap a girl named Roohi (Janhvi Kapoor). Unknown to them, there's an insidious spirit following them with feet backturns. Soon, Bhaura and Kattanni discover that they are stucked in a forest with a possessed Roohi. What follows next is plenty of laughs and scares.

Speaking about playing a double role in the film, Janhvi had earlier shared, "Not many actors get a chance to play a character loaded with duality so early on in their career." Roohi was earlier titled as Rooh Afzana. With this Rajkummar Rao-Janhvi Kapoor starrer, the makers are hoping to entice the audience back into the cinema halls after the COVID-19 lockdown.

Helmed by debutant director Hardik Mehta and produced by Dinesh Vijan and Mrighdeep Singh Lamba, Roohi is scheduled to release in cinema halls on March 11, 2021. 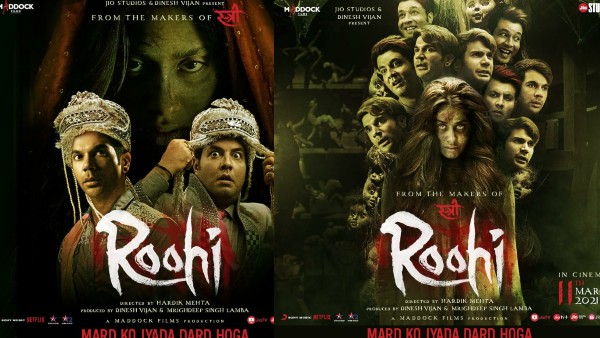 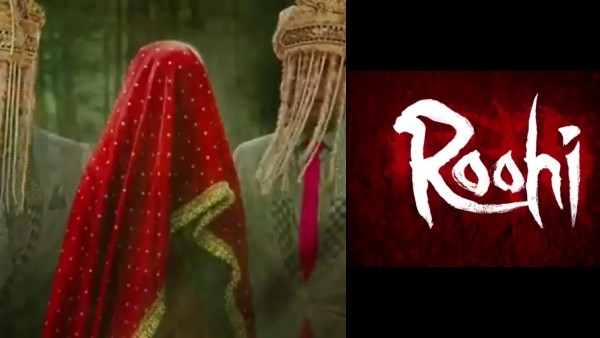