Hollywood star Russell Crowe has shown interest in working with Bollywood actress Kangana Ranaut. On Friday (August 13) retweeted a fan's tweet suggesting the two should work together. Many others also chimed in saying they hope to watch them come together for a movie.

The tweet shared by Russell read, "How great it would be if two great actors from two different film industries, Academy award winner @russellcrowe and 4 times National Awards winner #KanganaRanaut make a movie together?"

Russell is an Academy Award-winning performer. He bagged the award for his performance in Ridley Scott's Gladiator in 2000. He has also been part of acclaimed films and others like Les Misérables, Noah, Robinhood, Superman: Man of Steel, The Nice Guys. He is also set to be part of Marvel's upcoming release Thor: Love And Thunder, as Zeus. 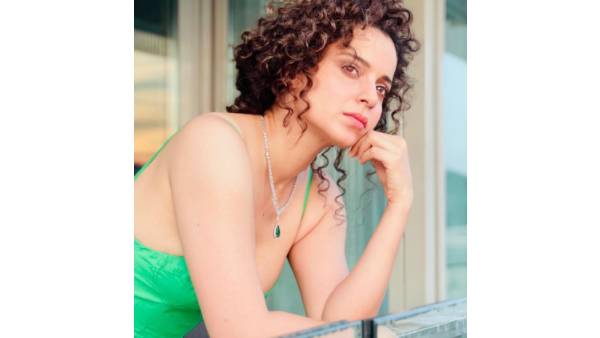 Kangana Ranaut Is A Visual Delight In Green In Her Latest Post, Drops An Urdu Shayari

Russell's retweet sparked a frenzy among fans of both actors, one Twitter user wrote, "No doubt that they would make an incredible duo. Can't wait for this movie." Another added, "Russell and Kangana are both great actors, fine artists who know what they're doing. And our bad they both have been on receiving end of bad press at a point unjustifiably. So Russell don't listen to some ppl saying negative things! We want to see great artists doing great work."

Fans of the Hollywood stars were also intrigued about Kangana, one user said, "Who is she? She's very pretty. #actress."

However, as much as Russell Crowe has been known for his acting skills he often makes headlines for his volatile temper. Reportedly, back in 2005, Crowe became the centre of attention when he allegedly threw a phone at an employee of the Mercer Hotel in New York City.

On the other hand, Kangana Ranaut has had her fair share of controversies. On the work front, she is currently shooting for Dhaakad and will be seen in Tejas, Thalaivi, Manikarnika 2 and more.