With megastar Salman Khan's recent release Radhe: Your Most Wanted Bhai, fans cannot stop raving about the actor's swag and charisma in the movie. However, along with Salman, his body double Parvez Kazi has also been garnering a lot of attention after the movie. Post a picture of the two that went viral on social media, fans cannot stop noticing the uncanny resemblance between the actor and his body double. 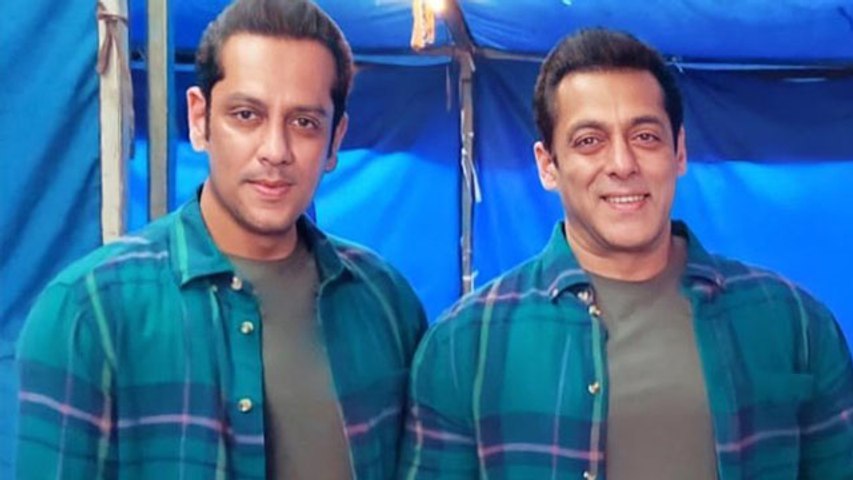 Many other pictures of Parvez from his social media handle has been going viral on social media. In the pictures, one can notice the stark similarity between Parvez and the Ek Tha Tiger actor. Parvez by profession is a model and an actor. He has apparently worked as a body double for Salman in some of his movies including Radhe: Your Most Wanted Bhai. Take a look at his pictures wherein Parvez can be seen as an exact carbon copy of the superstar.

Apart from that, Parvez Kazi also shared a beautiful picture on his social media account wherein Salman can be seen posing with his family. The picture truly reflects the lovely bond that the Hum Apke Hai Kon actor shares with his body double. Take a look at the same.

According to a news report in News 18, Salman had spoken about his body double Parvez to a publication. The Tiger Zinda Hai actor had revealed, "He is the simplest and nicest boy there is ever. When you go late to the shoot, standing in for me, long shots, Parvez does all that for me."

Recently in a media interaction, wherein FilmiBeat was present, Salman Khan spoke about why he strives to work hard in the industry at the present phase. The superstar said, "Now at the age of 55-56, I am doing what I used to do at the age of 14-15. That's because the young generation has Tiger Shroff. Varun Dhawan, Ranveer Singh, Tiger Shroff and Aayush Sharma are coming now so we will have to work harder."

On the work front, Salman Khan is basking in the success of his recently released movie Radhe: Your Most Wanted Bhai. The actor will soon be seen in the movie Antim: The Final Truth which is the Hindi remake of the Marathi film Mulshi Pattern. The actor will also be having a brief cameo in the Shah Rukh Khan starrer Pathan.