Salman Khan-starrer action flick Radhe: Your Most Wanted Bhai is one of the most awaited movies of this year. However, the latest development surrounding the movie is regarding its release date, and the decision has been taken in the wake of the surge in COVID-19 cases. The film will now be releasing simultaneously in theatres and on the OTT streaming platform ZEEPlex. Not only this, but the trailer of the film will also be out tomorrow (April 22). 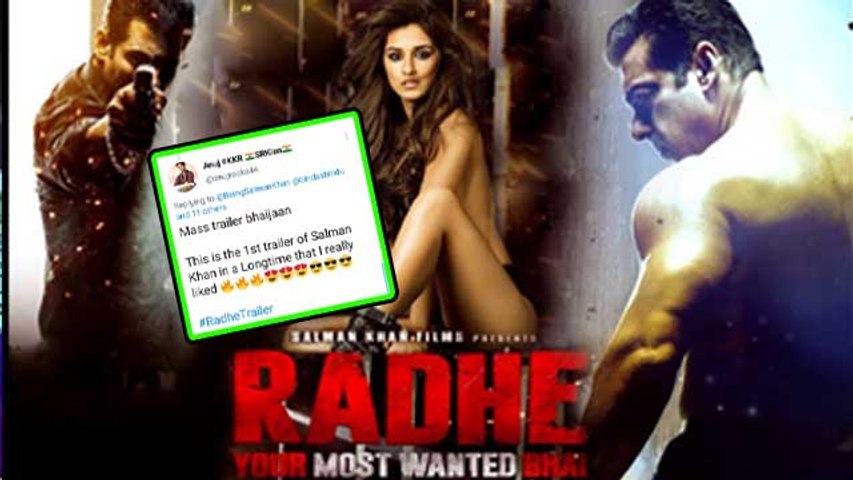 According to a tweet by the Twitter handle of Salman Khan Films, Radhe will release on the occasion of Eid that is May 13, 2021. However, the movie will be available on ZEEPlex on a pay-per-view basis. The Pabhu Deva directorial will also be releasing on all leading DTH operators i.e. Dish, D2H, Tata Sky and Airtel Digital TV; giving the audience various options to watch the film as per their comfort and convenience.

EXCLUSIVE: Salman Khan’s mega budget entertainer #RADHE is releasing simultaneously on theatres and pay-per-view with ZeePlex on May 13th.

According to a press release, Salman Khan Films' spokesperson has revealed the same stating, "It's imperative that we all come together and think of out-of-the-box solutions for cinema as an industry during the current pandemic situation. We will support the theatre owners by releasing the film in as many theatres as we can, keeping in line with the rules and protocols laid down by the government. But, considering the guidelines and safety measures, we also need to devise ways to ensure that the film reaches all of our audience. We don't want to deny the audience the choice of entertainment in the comfort of their homes during these times."

Also Read: Salman Khan On Radhe: Your Most Wanted Bhai Release: We Might Push It to Next Eid If Lockdown Continues

Apart from that Chief Business Officer of ZEE5, Manish Kalra has also spoken about the latest development. He said, "We are thrilled to bring Radhe: Your Most Wanted Bhai on ZEE5, India's multi-lingual online storyteller for millions of entertainment seekers. We feel immensely proud to give this movie scale that it deserves and take it to each and every online screen present in the country via ZEE5. Our endeavour has always been to bring a fresh perspective to storytelling and democratise access to ZEE5's extensive library of content spanned across genres and languages for the audience to choose from. We are extremely excited to partner with Salman Khan and join him in making Radhe: Your Most Wanted Bhai this year's biggest blockbuster."

Talking about the movie, it also stars Disha Patani and Randeep Hooda in pivotal roles. Helmed by Prabhu Deva, the makers of the movie are also planning an international theatrical release targeting 40 countries across all international territories including Middle East, North America, Australia, New Zealand, Singapore, Europe, which will make it the first Bollywood film to release theatrically in the UK since the lockdown last year.