Saif Ali Khan and Kareena Kapoor Khan had welcomed their second son on February 21, 2021. While their fans are yet to see a glimpse of their child, their close family and friends had paid a visit to the couple to see their little munchkin. One of them was actress Sara Ali Khan who was spotted visiting the couple's newborn son with some gifts on toe. Recently, the actress spoke about her reaction on seeing the child.

Speaking to News18 about the same, Sara said that the newborn looked at her and smiled after which she immediately melted. The Love Aaj Kal actress further described him as a 'ball of cuteness.' Furthermore, she revealed about a running joke that she has started making with her father Saif Ali Khan who has now become a dad for the fourth time. 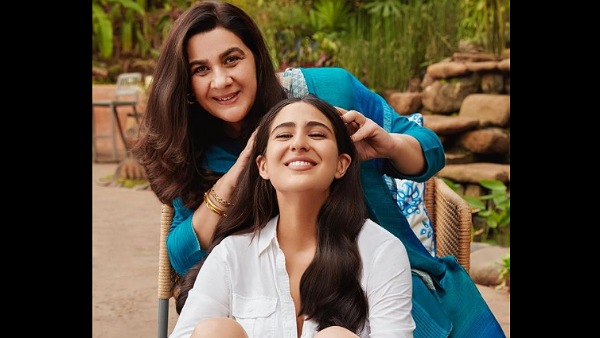 Sara Ali Khan revealed, "My running joke with my father is that he's had a child in every decade of his life- in his 20s, 30s, 40s, and now he is in his 50s. He is really very lucky to enjoy four different avatars of fatherhood." Apart from this, Sara said that the child will bring more joy and excitement in Saif and Kareena's life and that she cannot be more happier for them. 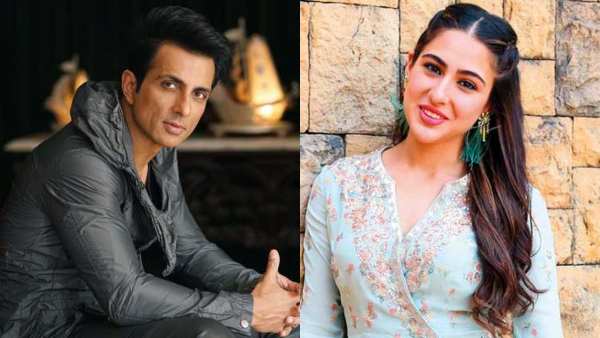 Meanwhile, on the work front, Sara Ali Khan will soon be seen in the movie Atrangi Re. The actress will be seen alongside Akshay Kumar and Dhanush in the Aanand L Rai directorial movie. She had recently wrapped up the movie and had shared a heartfelt note on her social media handle.

Apart from this, speculations are rife that the actress will also be seen alongside Ranbir Kapoor in director Sandeep Reddy Vanga's next. The filmmaker has already finalized Ranbir for the movie and Sara has given her audition for the same and is expecting to get a revert from the makers soon. A source close to the development had revealed to Filmfare, "Sandeep Reddy Vanga is known to be quite picky and particular about his casting. Even for Arjun Reddy's remake, he was very sure who he sees playing the leading man in Bollywood even though some of the big names were running contenders. This time he teams up with Ranbir Kapoor and they want to make sure that they get the right female lead."