Sara Ali Khan took to her social media handle to share warm wishes for Eid with her fans. The actress shared a beautiful picture with her father and brothers wherein her toddler brother Jeh Ali Khan also made an appearance. Sara also had a beautiful caption for the same.

Talking about the same, Sara Ali Khan can be seen striking a pose with her father Saif Ali Khan and brothers Ibrahim Ali Khan, Taimur Ali Khan and Jeh Ali Khan. The Love Aaj Kal actress can be seen looking lovely in casual white attire with red prints. However, what was unmissable was her brother Jeh nestled in her lap whose face the actress chose to hide with an emoji. 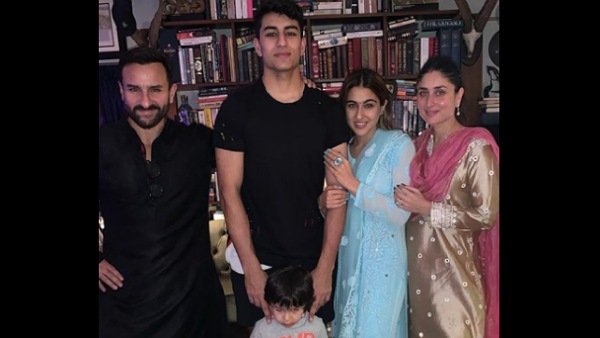 The picture further has Saif Ali Khan looking dapper in a black tee and white pants while his Ibrahim can be seen sporting a white tee along with a blue jacket and grey pants. Taimur Ali Khan also makes for an adorable sight while sitting beside his father in a green tee. Sara Ali Khan captioned the same stating, "Eid Mubarak. May Allah grant everyone peace, prosperity and positivity. Inshallah hoping for better times for us all." Take a look at the post.

Designer Manish Malhotra commented on the post leaving some heart emojis. Earlier in June, Sara Ali Khan had also spoken about meeting her brother Jeh Ali Khan for the first time. Speaking to News18 about the same, the Simmba actress had said that the newborn looked at her and smiled after which she immediately melted. The Kedarnath actress had further described him as a 'ball of cuteness.' Furthermore, she had revealed a running joke that she has started making with her father Saif Ali Khan who has now become a dad for the fourth time. 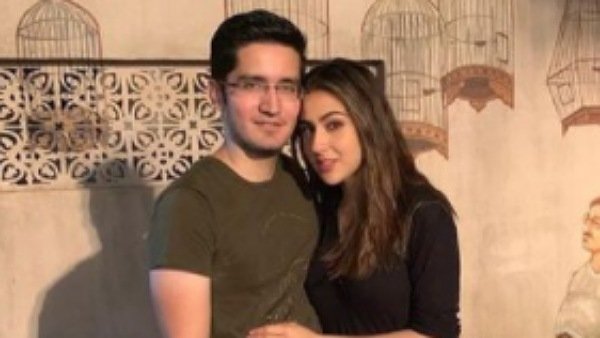 Sara had said, "My running joke with my father is that he's had a child in every decade of his life- in his 20s, 30s, 40s, and now he is in his 50s. He is really very lucky to enjoy four different avatars of fatherhood." The actress had gone on to state that the child will bring more joy and excitement in Saif and Kareena Kapoor Khan's life and that she cannot be happier for them.