A while ago, actress Shefali Shah conducted 'Ask Me Anything' session on Instagram and answered many questions of her followers. When a netizen asked Shefali if she has rejected any film that went on to become a superhit, she replied saying, "Many.. Kapoor and Sons, Neerja."

When Shefali was asked about how she selects her scripts, she shared with her followers, "What really hits me in my heart and gut, I will do it."

When asked to share a tip on acting, she said, "Everyone makes their own path and learning. In fact, I am still learning myself. What tip I will give to someone. I absolutely have no tips."

Not so long ago, the Waqt: The Race Against Time actress had spoken about getting typecast and playing mother to actors who were almost the same age.

Talking to a leading daily, Shefali had said, "I was typecast in a mother's role very early in life. I didn't even reach a certain age. I was 20. I did a show where I played the mother of a 15-year-old, I was 20 years old when I played a mom of 45. And then, when I was around 28-30, I played mother to Akshay Kumar. So I got typecast very early, if I didn't even have to reach a certain age point. According to screen time, I'm probably 133 years or something."

She had further said that there were years where she kept saying no to work because it was just being so unfair.

"...and then Juice happened. And then there was Once Again, that's a very sweet and gentle love story. And then there was Delhi Crime. And all three of them put me into the centre of the frame. So it's really opened up for me, and I'm finally doing the kind of work I desire," added the Dil Dhadakne Do actress. 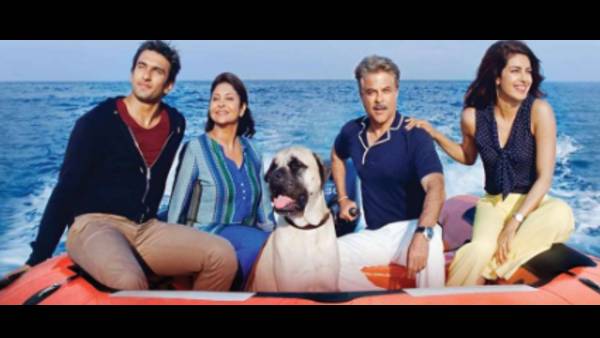 Anil Kapoor Celebrates 6 Years Of Dil Dhadakne Do, Shares Lovely Memories From The Sets Of The Movie

With respect to work, she will next be seen in Doctor G, Delhi Crime 2, Humans and Darlings.