Recently, when Shilpa Shetty made an appearance on a musical reality show, the actress made a sweet confession about her love life. The Dhadkan actress revealed that she was in a secret relationship with her now-husband Raj Kundra when she was a participant on UK's famous reality show, Big Brother. Shilpa was also shooting for Anurag Basu's movie, Life In A Metro at the same time.

It all began when a contestant on the show sang 'In Dino' song from Anuarg Basu's 2007 film Life In A...Metro. The track brought back several cherished memories for Shilpa who walked down the memory lane to reveal its heartfelt connection with her personal life.

Shilpa revealed, "I was shooting for Metro and during that time also went to the UK for Big Brother shoot. At the same time I met Raj and he liked In Dino song very much. I made it my ringer tone as well. Whenever this song plays, a smile comes on my face."

"I was sure that Big Brother would not last long, but one week turned into three weeks and three months and eventually I stayed there for five-six months. Metro shoot was stalled but Anurag was generous and said that whenever you get time come back and I will shoot your portions in the film first," she further added.

Shilpa Shetty and Raj Kundra tied the knot on November 22, 2009. They were blessed with their first child, son Viaan in 2012. Last year, Shilpa embraced motherhood again through surrogacy and welcomed her daughter Samisha. The couple recently clocked 11 years of marital bliss.

Shilpa marked the milestone in their relationship by penning a love-soaked note that read, "No filter LOVE ❤️ The REAL DEAL 🧿 As we complete 11 years today, I still have eyes only for you😍 (and on you 😂) Somethings never change😂😜😘 What was... STILL IS! Whoa! 11 years and not counting! 👨‍👩‍👧‍👦 Happy Anniversary, my Cookie, @rajkundra9 ❤️💥🎉🤗🧿😇."

Workwise, Shilpa Shetty is all set to make her comeback after a long gap with Sabbir Khan's action entertainer Nikamma co-starring Abhimanyu Dassani and Shirley Setia. 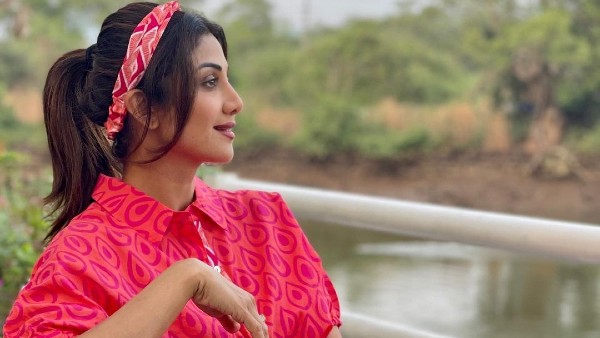 ALSO READ: Shilpa Shetty Pens A Note To Herself: Don't Be So Hard On Yourself; You Are Doing Okay