A month after tying the knot with his longtime girlfriend Shaza Morani in court marriage, Padmini Kolhapure's son Priyaank Sharma once again took the plunge with his lady love in a destination wedding at Maldives. Priyaank's cousin and actress Shraddha Kapoor also jetted off to the tropical island to attend the family affair. Accompanying her was her rumoured beau Rohan Shrestha whose picture from the family gathering is going viral on social media.

Shraddha shared a video of herself in which she is seen twirling on the white sand beach with the sea behind her. She captioned her beautiful post as, "#ShazaSharmaGayi 🏝❤️."

We Can't Get Enough Of Shraddha's Ethereal Looks

The Stree actress glowed in a sky blue embroidered lehenga as she posed with her relatives at Priyaank-Shaza's wedding.

Shraddha Kapoor Is All Smiles With Rumoured Beau Rohan Shrestha

Shraddha's aunt Tejaswini Kolhapure took to her Instagram story to share a family picture. What caught everyone's attention was Shraddha's rumoured beau Rohan Shrestha who was also a part of this perfect-perfect moment!

Happiness Is In The Air

Priyaank Sharma and Shaza Morani pose with a picture with the former's parents, Padmini Kolhapure and Tutu Sharma.

Here's a glimpse of Shraddha Kapoor getting goofy at Priyaank-Shaza's haldi ceremony.

Bromance At Its Peak 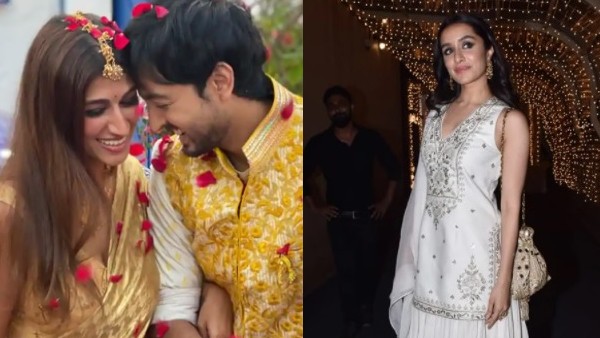 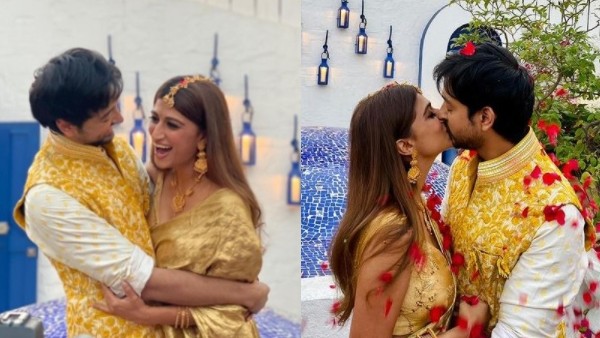