Sonam Kapoor and Anand Ahuja's 'everyday phenomenal' love never fails to make us go 'awww'. From sharing romantic pictures with each other to indulging in some PDA on social media, the couple always gives us some major relationship goals.

Recently, Sonam took to her Instagram page to share a mushy throwback picture with hubby Anand Ahuja from August 2017, dating back to the day when the latter got down on one knee and popped the question to the Neerja actress in New York.

In the snap shared by Sonam, Anand is seen lovingly giving a peck on her cheek. The actress looks strikingly beautiful in a floral outfit and is all smiles. Sonam captioned the adorable picture as, "Throwback to a wonderful trip where my beautiful husband @anandahuja proposed to me #august2017 #newyork #everydayphenomenal."

Earlier, in an interview, Sonam had opened up about Anand's proposal and said, "This one day I was being a brat when he was biking and I was walking alongside. He just got off and got on one knee and asked If I wanted to marry him." The actress had further revealed that she had asked Anand why he liked her before saying 'Yes' to him.

Interestingly, her hubby Anand had tried to set her up with one of his friends initially. But, destiny had some other plans in store for them. The couple connected well and ended up talking for hours, only to fall in love! Finally, Sonam and Anand got hitched on May 8, 2018 in a traditional ceremony in Mumbai.

Talking about Sonam's upcoming projects, the actress is currently shooting for Shome Makhija's Blind in Glasgow. The film has Sonam essaying the role of a visually-impaired girl. 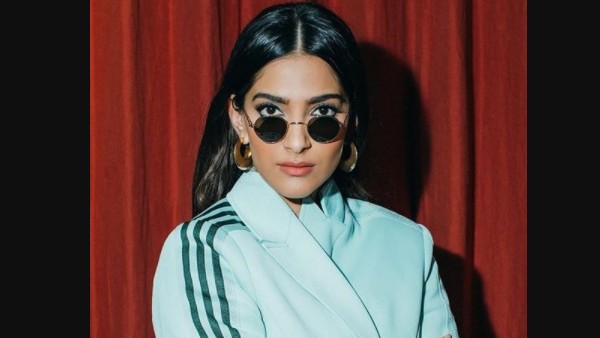 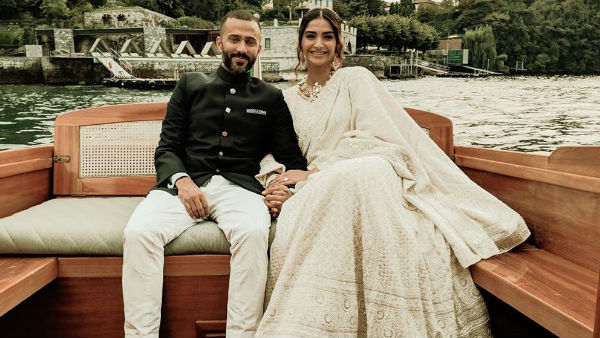 ALSO READ: Sonam Kapoor BLASTS A Troll For Calling Her Husband Anand Ahuja 'The Ugliest' And Shaming Her