The Korean drama Squid Game that was recently released on Netflix has already become a humongous hit amongst netizens around the globe. However, some Indian fans were quick to point out the similarities between the show with the 2009 Bollywood movie Luck. Netizens pointed out how both the series and the film revolve around a similar 'playing a deadly game to survive and win a reward' concept when it comes to their storyline.

One of the netizens wrote, "Bollywood did Squid Game First" while sharing a picture of Luck's poster. While another fan called Squid Game to be the high-end version of Luck. One user also formed an entire Twitter thread drawing similarities between the characters of Squid Game and Luck. Take a look at some of the tweets.

Talking about Squid Game, it has been directed by Hwang Dong-Hyuk. It stars Lee Jung-Jae, Jung Ho-Yeon, Park Hae-Soo, Wi Ha-Joon, Kim Joo-Ryoung, Heo Sung-Tae, Oh Young-Soo, Gong Yoo and Lee Yoo-Mi in the lead roles. The plot of the series revolves around 450 players engaging in a terrifying game of survival to win a whopping amount. The people who survive in the game move forward while those who don't, end up dying. 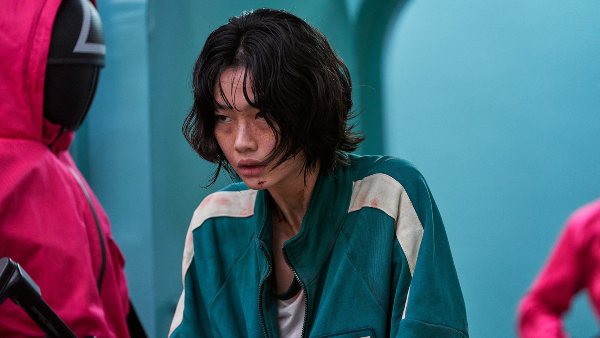 Talking about the movie Luck, it starred Sanjay Dutt, Imraan Khan, Shruti Haasan, Danny Denzongpa, Ravi Kishan and Chitrashi Rawat in the lead roles. The movie was helmed by Soham Shah. The plot of the movie revolved around a similar concept wherein a gambler coaxes players to play a game wherein only those who survive, move forward to the next level and those who lose, die.

Talking about the Korean series, according to the OTT streaming platform Netflix, the show was at number 2 right after release but raised up to the number 1 spot on September 21, just days after its release. The Korean drama has also been growing its global viewership at a rapid pace and is expected to surpass Bridgerton which was deemed as a Netflix show ever. Ted Sarandos, Netflix's co-CEO recently said about Squid Game that the high-concept Korean survival drama has a very big chance of becoming the biggest Netflix show ever.