It's been a year today (June 14, 2021) since Bollywood actor Sushant Singh Rajput left for his heavenly abode, but his family is struggling to come to terms with his untimely demise. On Sushant's first death anniversary, his brother-in-law Vishal Kirti penned a heartfelt note on his blog in which he talked about how he and his family is trying to cope with their loss.

Speaking about how Sushant's death affected the family, Vishal began his post by writing, "Today marks one year of Sushant's passing, There are moments in life which are so defining that they partition your life into two parts- before and after. Sushant's death was that event in our family. Everything has changed but still a lot remains the same."

He continued, "The incongruence of this statement is best explained with the dichotomy between the internalities and externalities. Externally, we are doing practical things like earning a living, raising our children and supporting our parents, which are same as before. But internally, we experience a big void which is devoid of everything but grief."

Vishal wrote that everyone processes grief differently and talked about how his wife Shweta Singh Kirti is processing it in complete isolation. 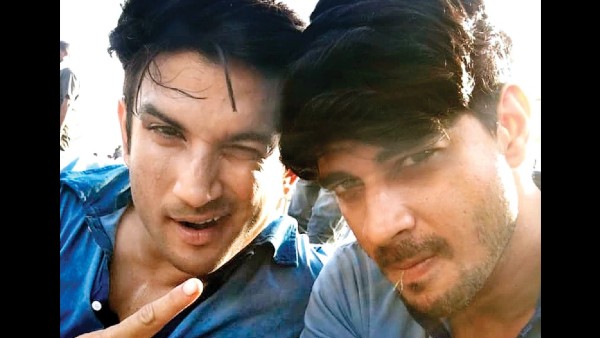 Tahir Raj Bhasin Remembers Sushant As A Self-Made Star; 'He Was Such A Great Motivating Force For Us All'

"Shweta, my wife, is processing it in complete isolation. This entire month, she is on a solitary retreat, deep into the mountains, with no human contact whatsoever. Not only human contact, she has no means of communication like internet or cell phone or even a car to drive back. All we know is the date and time when she would like to be picked up from her barebones cabin in the mountains," he shared in his blog.

Vishal revealed that staying productive and taking care of responsibilities is helping him in keeping positive. He mentioned, "I am writing this today in the public forum so that people can appreciate that getting justice for your family member is only one of the components of grieving. Justice is certainly important but tending to the broken hearts is also important."

Explaining why he titled his blog as "On death and dying", he continued, "I titled this post "On death and dying" because of many reasons. One of them is that it's not just us who lost a loved one untimely in the recent past. Because of COVID-19, many of us lost our loved ones untimely. Talking about death, loss and grief are very difficult topics and I hope this post not only opens up this discussion but act as a soothing balm for the grieving hearts. I also understand that Sushant was a national treasure and hence his loss is a little different since it's not only a loss for family and friends but also a loss for the nation."

Vishal referred to another article in Elisabeth Kubler Ross' book in which she talked about the five stages of grief- Denial, Anger, Bargaining, Depression, and Acceptance, and wrote, "As I said earlier, not everyone will necessarily experience all five stages and not in the linear order either. When we experience these stages, at the least we know that we are not alone in this and these are common across humanity. It's ok to experience these things so that we grieve properly. If we don't grieve properly, it will be very difficult to sustain our lives." 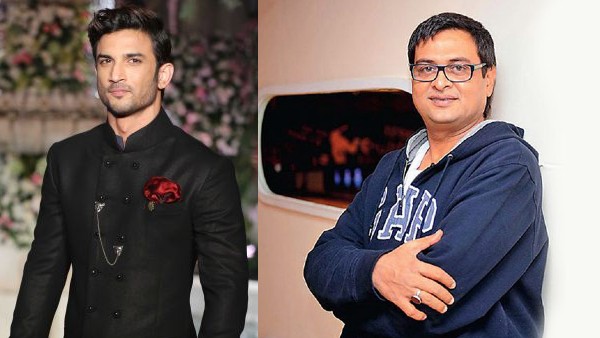 Vishal continued in his post, "There is another feature which seems to be universally true. Death of a loved one leaves a permanent emotional imprint and void. Even after reaching a state of acceptance, there is a a complete understanding that the void will remain unfilled permanently. We can go back to laughing with our children and friends with time, but a deep knowledge of this undercurrent void persists even in those moments."

Vishal wrote that there's no right way to talk to people who have lost a loved one. but there are certainly some best practices and added, "When you communicate with someone who has lost a loved one recently, the best thing to do is to acknowledge their permanent loss and understand that life for the family members will not be the same as before. Time certainly heals but neither can it reverse the loss nor can it fill the void. This acknowledgement itself aids in the process of healing."

"Sushant Singh Rajput is not only a source of pride for my wife's family but also for his millions of admirers. Sushant was certainly gifted and special and honed his craft to excellence with hard work. He studied interesting books and worked and took interest in different areas. He donated generously and had big aspirations, not only for himself but for society in general. He was loving and kind, childlike and innocent, playful yet deep, a paradox of existence," Vishal shared in his blog.

He further wrote, "He leaves behind a legacy which matters for generations to come. All his positive qualities will be an inspiration for our youth and his rise in society from humble beginnings will be a model to be studied, not limited to the context of cinema but from the perspective of experiments and outcomes. His works in the performing arts are a treasure trove of emotions for his admirers to absorb, experience and to live vicariously through his story. And his name is now synonymous with Immortality!"

For the unversed, Sushant Singh Rajput passed away on June 14, 2020 at his Bandra residence in Mumbai. Since then, his death case is being probed by the Central Bureau Of Investigation (CBI), the Enforcement Directorate (ED) and the Narcotics Control Bureau (NCB).