Varun Dhawan is a cool actor and a cooler groom. A while ago, the actor shared a picture from his haldi ceremony, and boy, he is looking so happy. In the picture, one can see haldi smeared on Varun's face and body, while the actor proudly flaunts his biceps. In another picture, Varun can be seen posing with his squad, who have donned quirky customised t-shirts and black and blue jeans. Both the pictures have 'swag' written all over it, and they have lightened up the internet.

For the unversed, yesterday (January 24, 2021), Varun tied the knot with his girlfriend Natasha Dalal in the presence of family members and close friends. The entire ceremony was an intimate affair, but the duo made sure to come out to pose for the media, and won everyone's hearts with their appearance.

Earlier, while speaking to a magazine, Natasha, who's a fashion designer, had spoken about her love story with the Humpty Sharma Ki Dulhania actor and said, "Varun and I were in school together. We stayed friends until we were in our mid-20s and then, I remember, we started dating just before I moved away. It was around then that, I think, we realised we were more than just good friends." 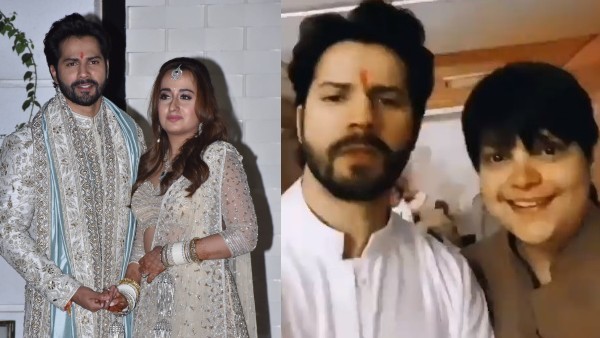 Varun, on the other hand, had called Natasha his 'rock' in an interview and said, "She and I went to school together. So, she knows my parents since ages. She's been attending functions with my parents before also but it wasn't photographed then. She's my rock, she's my anchor. She's the stabilising factor in my life. It's pretty much like family."

Netizens are super happy to see Varun as a married man and wish he sets many husband goals in future. 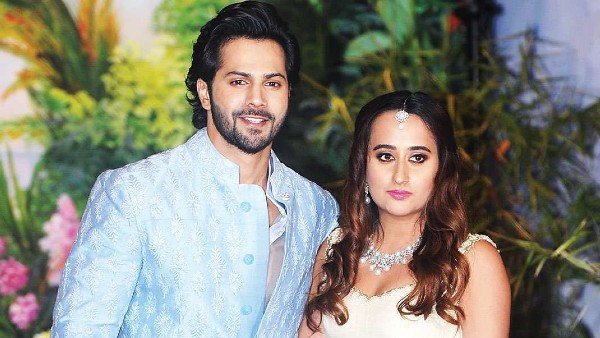 ALSO READ: Varun Dhawan Asks Paparazzi Not To Scare His Wife Natasha Dalal & Netizens Are Awwing Over Him!