On January 24, 2021, actor Varun Dhawan tied the knot with his school sweetheart Natasha Dalal and left the entire nation gushing over their love-filled pictures. Despite the wedding being a close-knit affair, Varun made sure to treat his fans with official wedding pictures, and also came out from the wedding venue to pose for the paparazzi.

Now, a picture of Varun and Natasha from their varmala ceremony is going viral on the internet, and it is too sweet to be missed. In the picture, one can see Natasha trying to put garland around Varun's neck, while the latter is lifted up by his groom squad. One can sum up the picture as every Indian wedding. Don't all the groom squads do the same at the time of varmala?

Apart from the varmala ceremony, one more picture of Varun and Natasha has landed on social media from the wedding ceremony, wherein the newlyweds are seen with Rohit Dhawan and Jaanvi Desai Dhawan. This inside picture is another beautiful snap from the wedding.

Meanwhile, Varun and Natasha along with their families and relatives have returned back to Mumbai after having a lavish wedding in Alibaug. Earlier, rumours were rife that the Dhawan family will throw a grand party in Mumbai on February 2, 2021 for the industry people, but a family member of the Badlapur actor squashed the false rumours. It is yet to be seen if the Dhawans will throw a party for their B-town friends and colleagues. 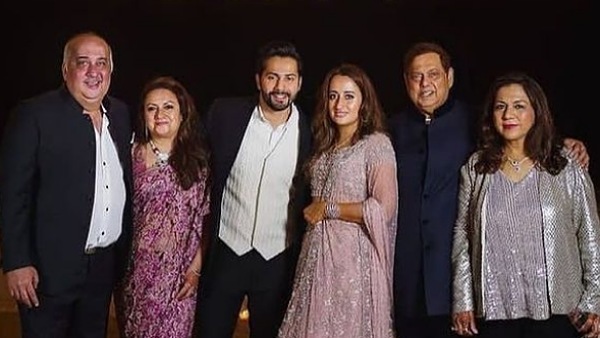 With respect to work, Varun has recently wrapped up the shoot of his upcoming film Jug Jugg Jeeyo. Directed by Raj Mehta, the film also casts Anil Kapoor, Neetu Kapoor and Kiara Advani in the lead roles. 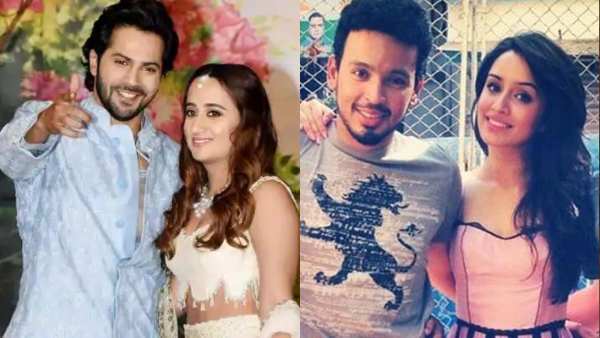