Shah Rukh Khan's son Aryan Khan was arrest in a drugs case following a raid by the Narcotics Control Bureau on a cruise ship in Mumbai. Aryan has been in NCB's custody on October 2, and recently was denied bail by the court.

While Aryan's family, Shah Rukh Khan and Gauri Khan haven't made any public appearances, Pooja Dadlani is often spotted at the star kid's proceedings. If reports are to be believed Pooja has been representing the Khan family, visiting Aryan Khan in custody and attending his court hearings

According to reports, Dadlani was also present at the recent hearing when Aryan was sent to NCB custody in Arthur Road Jail and broke down on seeing Aryan during the hearing.

For the unversed, Pooja Dadlani is Shah Rukh Khan's manager since the year 2012, and is often spotted at private and family gatherings with the Khan family. She not only works with SRK on his film projects but also handles his brand endorsements, his cricket team Kolkata Knight Riders and other business-related engagements. She is also one of the producers of SRK's film Chennai Express and reportedly has a net worth of $6 million (Rs 45 crore).

She is not only close with the actor but also Gauri Khan and the children Aryan Khan, Suhana Khan and AbRam. Reportedly, Pooja was also spotted by SRK's side when he visited Saira Banu on Dilip Kumar's death. 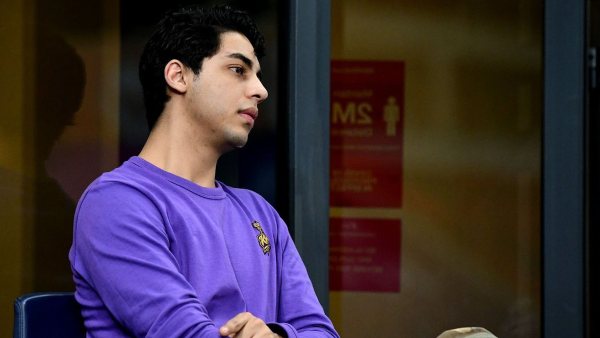 Notably, Pooja Dadlani is also closely associated with another Bollywood celebrity. She is a family member of Dia Mirza's second husband Vaibhav Rekhi. She often posts pictures with the Khan family and had also shared a picture of Dia, welcoming into the family after the wedding. Pooja is married and has a daughter.