Situation is quite better in 2021, as many things around us are going back to normalcy despite the ongoing novel Coronavirus pandemic. In her recent tete-a-tete with a leading daily, actress Yami Gautam looked back at the tumultuous previous year, and recalled how she was left petrified because of all the chaos.

She said, "2020 was a lot tougher as you were trying to take a stock of the situation. When is it going to end? What's going to be our future? All these questions kept cropping up. During the unlock phase I remember I had to step out and start dubbing for a film, because I was the only artiste who was left with the dubbing for the project."

"Also, I wanted to leave for my hometown Chandigarh, but I couldn't as there were no flights. Even if there were, I couldn't leave because I had to finish my dubbing. It was very scary. It gave me anxiety as I was worried about touching something that's contaminated," added the Vicky Donor actress.

ALSO READ: Yami Gautam Recalls A Hit-And-Run Accident That Left Her With A Permanent Injury

With respect to work, Yami Gautam will next be seen in Pawan Kripalani's Bhoot Police, which also stars Saif Ali Khan, Arjun Kapoor, Jacqueline Fernandez in the lead roles. The film is the latest edition to the horror-comedy genre after Stree and Roohi.

Apart from Bhoot Police, she will next be seen in Tushar Jalota's Dasvi, which also casts Abhishek Bachchan and Nimrat Kaur. 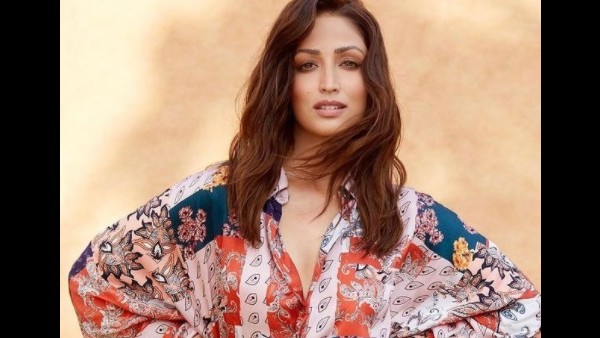