Yami Gautam dropped a surprise post on Friday (June 4, 2021) in which she announced her wedding with Uri: The Surgical Strike director Aditya Dhar. According to reports, the couple entered wedlock in a private ceremony in Bilaspur, Himachal Pradesh. Celebrities and fans congratulated the newlyweds and wished them a lifetime of love and happiness.

Now, Yami has once again taken the internet by storm by sharing some dreamy pictures from her mehendi ceremony. The Bala actress captioned the clicks as, "O dear one, why worry ? What is meant for you will always, always find you- Lalleshwari." 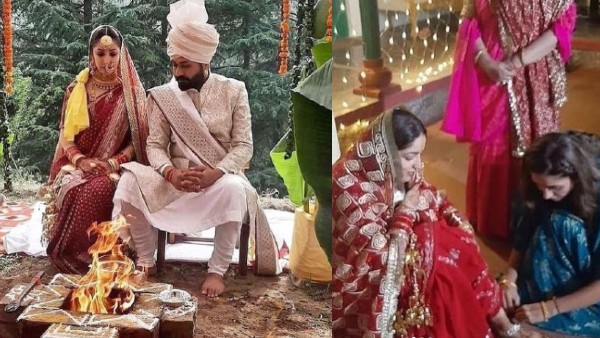 In the pictures posted by Yami on her Instagram page, Yami looks gorgeous in a yellow salwar-kurta along with a matching dupatta. The traditional jhumkas add more to her beauty. The photos feature Yami in a joyous mood as she is all smiles while getting mehendi applied on her palms. One of the snaps also features a close-up shot of Yami's mehendi while another one has her sharing a laugh with Aditya Dhar.

Meanwhile, Yami's industry colleagues and fans couldn't stop gushing over the beautiful clicks and congratulated her for this new phase in her life. 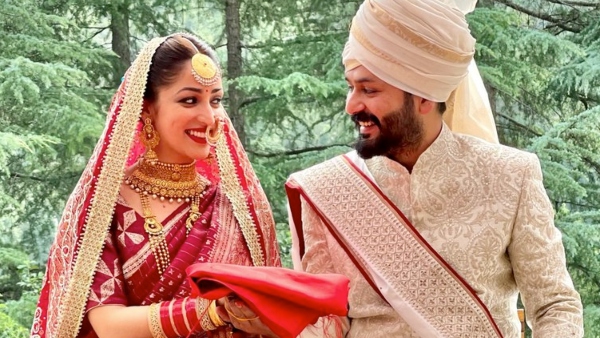 Earlier, Yami had announced her wedding with Aditya in a heartfelt post that read, "In your light, I learn to love - Rumi With the blessings of our family, we have tied the knot in an intimate wedding ceremony today. Being very private people, we celebrated this joyous occasion with our immediate family. As we embark on the journey of love and friendship, we seek all your blessings and good wishes. Love, Yami and Aditya".

Reportedly, Yami and Aditya were dating for the last three years. The actress had starred in Aditya's directorial debut, Uri: The Surgical Strike.